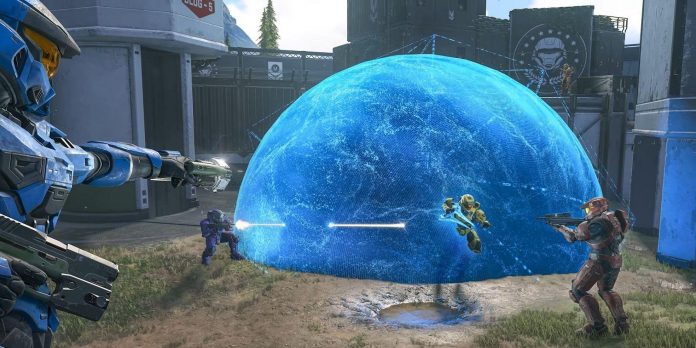 Halo Infinite was officially released in December 2021, and the multiplayer component has been available since November as a free game. Halo Infinite was originally supposed to be the launch game for the Xbox Series X, but its release was delayed by more than a year. Since then, the number of players in Halo Infinite has decreased, but 343 Industries continues to make improvements and spoke in detail about some major updates that will appear in the game.

343 Industries has just unveiled a roadmap for the content that will appear in Halo Infinite until June 2023. This content is divided into two categories — “Winter Update” and “Season 3”. The winter update of Halo Infinite will take place from November 8 to March 7, and the 3rd season will last. from March 7 to June 27. Both of them will include new maps, game modes, battle passes, events and more.

The winter update for Halo Infinite will be released along with the long-awaited beta version of Forge. The forge was missing at the launch of Halo Infinite, and several videos have appeared online demonstrating the mode in action. One player even managed to recreate PT in Forge Halo Infinite mode, and soon viewers will have access to the map editor. The winter update will also add new features, such as a joint campaign on the network and the ability to replay missions. It comes with two new maps called “Squad” and “Argyle”, as well as a free 30-level combat pass. In addition, the attached image mentions a new game mode called Covert One Flag and quality of life improvements.

The 3rd season of Halo Infinite is called Echoes Within, and it comes with a larger 100-level battle pass, although it doesn’t look like it will be free. It adds new maps to the Arena and Big Team Battle game modes and gives players access to a new weapon called the M392 Bandit. Season 3 will introduce two game modes called VIP and Escalation, as well as a narrative event. Finally, Echoes Within adds its own game browser to Halo Infinite, as well as other quality of life improvements.

It looks like 343 Industries will be adding a whole host of content to Halo Infinite in 2022 and beyond. Although the developer has not confirmed any dates for these new features, maps and modes. Both the winter update and Season 3 last about four months, and content can be released at any time during the specified time period. However, it seems that Halo Infinite fans have a lot to look forward to in the coming months.

Halo Infinite is now available on PC, Xbox One and Xbox Series X.

Bear and breakfast: how to rotate objects in rooms