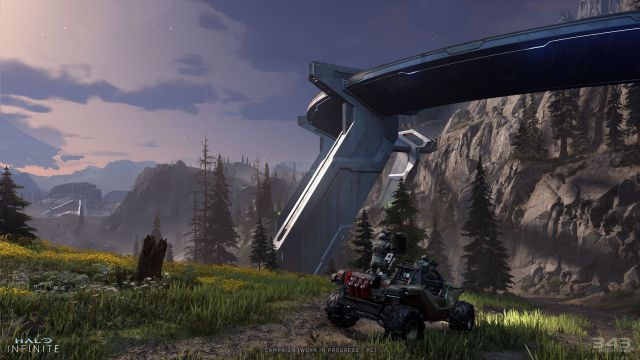 The title was delayed after 343 Industries showed the first gameplays, which did not raise much hype.

343 Industries continues to work on the development of Halo Infinite, a production that was scheduled for the release of Xbox Series X and Xbox Series S, but was delayed in order to improve the product. The title starring the Master Chief will be released in the fall of 2021, although the multiplayer will be free-to-play. As for the campaign, the study has revealed a few screenshots of the PC version, which suggests a more than obvious graphic improvement.

“The campaign experience is the result of many years together telling the story of the Master Chief,” said Troy Mashburn of 343 Industries. “Internally we use terms like ‘Super Soldier’, ‘Guided by history’ or ‘Spiritual Reset’ to help describe the experiences we want to achieve.”

Concepts behind its visual appearance

This story mode has been built on two basic pillars, legacy and simplicity, although at this point they refer to visual style. “We want players to feel like they are experimenting with a game that they fondly remember.” As for the second term, they opt to eliminate all the squeakiest designs, adds Justin Dinges.

Halo Infinite is planned for PC, Xbox One, Xbox Series X and Xbox Series S. The game will be available from the same day of launch on Xbox Game Pass, a policy that Microsoft has adopted in its first party titles since it launched its service. 2022 will be the year of the television series produced by Showtime, which has already announced that it will premiere the first season early next year.

Bloodstained: Ritual Of The Night Has Sequel Confirmed