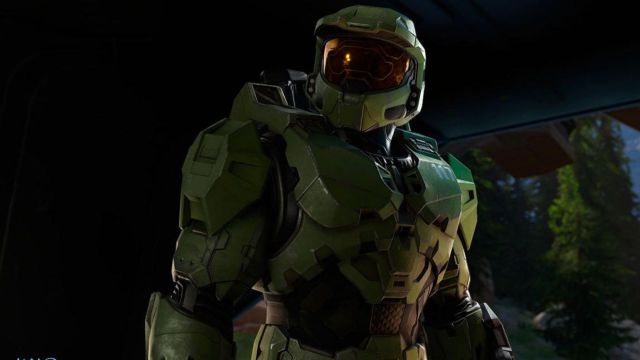 343 Industries has not announced a specific date, but interpreter Verlon Roberts seems to have gone out of his way prematurely.

There was a time when we all thought Halo Infinite would go on sale at the same time as Xbox Series X and Xbox Series S, Microsoft’s next-gen consoles. In fact, the systems box itself bears the stamp of the Master Chief. However, 343 Industries, the studio responsible for its development, announced that it would not arrive on time and that the title would be delayed until 2021. But when exactly? It has not been said officially. Still, actor Verlon Roberts, who plays Spartan Griffin, has said on the Fadam and Friends podcast that the release date has been set “for the month of November this year.”

It is difficult to determine if Roberts’ words are in line with the official plans of Microsoft and 343 Industries, but everything seems to indicate that he has gone off the tongue prematurely. Be that as it may, the only official thing is that it will be marketed sometime in 2021. In addition, it should be noted that the multiplayer mode will be released under a free-to-play model, so that all players will be able to access it for free. In the past, the possibility of the campaign and multiplayer being published on different dates has been discussed, but Phil Spencer, head of Xbox, did not rule out completely.

The most recent news about Halo Infinite has confirmed that the video game will not opt ​​for an open world structure, as much as the scenarios remain extensive. The main adventure will be online and will be guided by a new story set in this galactic universe, in which the fights between the different factions are red hot. On the other hand, the weather will be dynamic, with a day and night cycle.

See Also
Halo Infinite will have a customizable control scheme

Halo Infinite is in development for Xbox One, Xbox Series X, Xbox Series S, and PC. The company has repeatedly stressed that the previous-generation version is far from canceled. Like the rest of the first party games, the new from 343 Industries will be available on Xbox Game Pass from launch day, whenever it is.

Where is Superficial Central to scan a server in Fortnite?