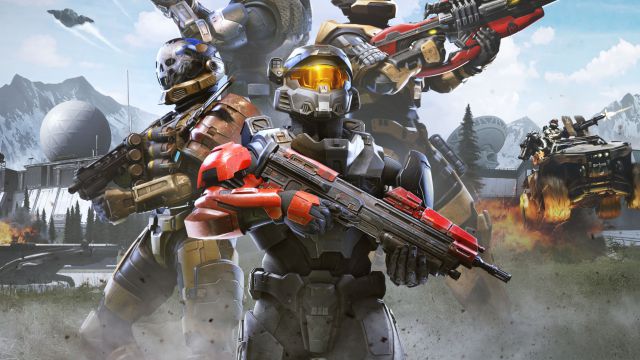 Halo Infinite: The long-awaited 343 Industries title has a release window of three to four weeks; it will depend on the release date of other games. Halo Infinite launches this Christmas on Xbox Series X | S, Xbox One and PC; since its release on Xbox Game Pass. The reason why it does not have a defined release date yet is not because they are not convinced that it will be available for the end of year campaign, but because of a mere strategic question.

This was explained by Phil Spencer during his speech on the Dropped Frames podcast, held this June 23. The calendar will be tight in the months of October and November, so establishing a certain day where only Halo Infinite is the protagonist will depend, to a large extent, on the movements of the competition. In the same situation is Horizon Forbidden West, from PlayStation Studios, which has also promised to arrive at the end of 2021 … but without an exact day.

“You have heard Joseph [Staten] say […] this Christmas. In our case, we have our range between … three and four weeks, but we don’t have the exact day yet ”, he begins by saying (via WCCFTech). There are other aspects to consider, Spencer acknowledges, such as the release window of other video games. Although he does not mention names, it should be noted that works such as Battlefield 2042 (October 22) or Forza Horizon 5 (November 9) have already chosen their moment.

It has even been speculated if Xbox Game Studios is interested in launching two major flagships on Xbox Game Pass, such as the new Forza from Playground Games and Halo Infinite on the same day. The US firm has not officially hinted at this possibility.

“We will have more clarity on this during the summer, but this is not a matter of months, but a few weeks,” he ends.

Halo Infinite has its launch fork defined in a period of between three and four weeks. It will be between now and the end of September when we finally know when we will start listening to the music of the most ambitious title in the series. It will be released with a free-to-play multiplayer mode on all platforms where it will be released; likewise, it will arrive accompanied by a campaign mode-

The best GTA 5 servers to take your role-playing experience to...