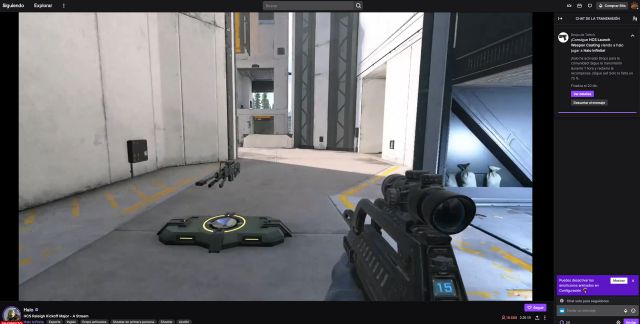 Halo Infinite: The title loses the head of the multiplayer mode, Andrew Witts, when a new delay in the expected cooperative mode is known. Andrew Witts, head of the multiplayer department in the development of Halo Infinite, has announced his departure from 343 Industries after three years in the position. Witts himself has made the information official through a brief message on his personal Twitter account, although the reasons for his departure have not been revealed.

“It has been an honor to lead the multiplayer design team over the years,” Witts wrote in his post. In addition, he takes the opportunity to confirm that he is going to be resting for a while before embarking on new professional adventures. “I’m going to take some time off to relax and recharge, but I’m excited for what’s to come,” he ends.

Andrew Witts was one of the pillars of the design of Halo Infinite’s celebrated multiplayer mode, but not only that. During his three years at the North American studio he has been immersed in system design and multiplayer game mode design. It is unknown who will take over from Witts at this time. Prior to his stint at 343 Industries, Witts worked at ArenaNet for Guild Wars 2; Boss Key Productions for Lawbreakers and Ubisoft for Rainbow Six Siege.

In other news related to Halo Infinite, this past weekend we have known the new video game roadmap. The Cooperative Mode, which was expected to start Season 2 this May, postpones its premiere once again until an unspecified date in the future. As far as Forge Mode is concerned, there is no news about it either, but we do know that it will not arrive until at least Season 3 a quarter later.

Halo Infinite Season 2 kicks off on May 3 with new maps (Catalyst for Arena and Breaker for Big Team Battle) and new game modes: Last Spartan Standing, Land Grab, and King of the Hill.

Halo Infinite is available on PC (Windows), Xbox Series X|S, and Xbox One. The game is also part of the Xbox Game Pass catalog on all Microsoft platforms.

Chainsaw returns with the official release date of Part 2

The Vampire Diaries: Creator reveals how Damon and Elena lived before...