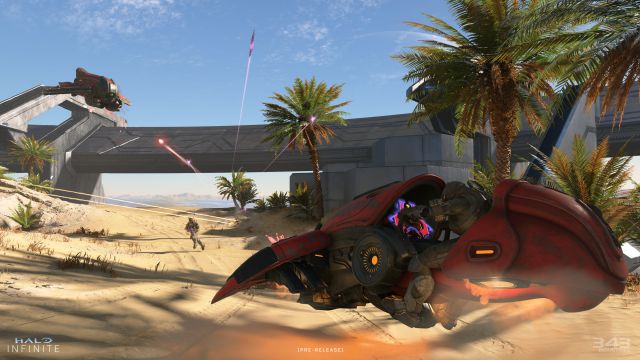 Halo Infinite: 343 Industries listens to the community: Halo Infinite will correct multiplayer aspects based on player feedback in the first technical test.Halo Infinite will modify some of the multiplayer mechanics from the feedback received in its first technical test. The community has conveyed to the team the positives, the negatives, and what they need to adjust to find the best possible experience. Among the changes, the new radar function stands out, closer to what is known in much of the saga.

The radar, known as a combat sensor, showed all shooting or running enemies in its range. From 343 Industries they knew that this new function “was going to feel different.” For this reason, they took advantage of the technical test to know first-hand what the opinion of the players was about it.

“While some appreciated the new approach, we found that most players missed the old properties in social games,” comments 343 Industries. In the next test, still undated, it will work in such a way that all movements will appear on the radar, except for those players who are crouching. In this way, adopting a crouched posture influences what information you transmit to the enemy, something that will not take veterans by surprise. This version will be subject to the feedback they receive in that future test.

The image at the top of this paragraph indicates the comparison between the current state of the medals versus what was seen in the test. The team wanted to redesign the appearance, location and size during the games. “We agree that there is more work to be done here and we will continue with it before launch,” they stress.

When it comes to weaponry, users agree that “the balance of the weapons felt good” in general, something difficult to achieve in a test environment. They appreciate the possibility of being able to drop the weapons that we have equipped, especially in the face of competitive. For example, a player secures the sniper and passes it on to the team specialist. Of course, both the S7 Sniper and the Skewer were “difficult to use.” They will receive adjustments to their performance when aiming.

You can read the rest of the modified points through this link. Remember that Halo Infinite is scheduled to launch on December 8 on Xbox Series X | S, Xbox One and PC.

What could the New subtitle Zelda: Breath of the Wild Sequel...