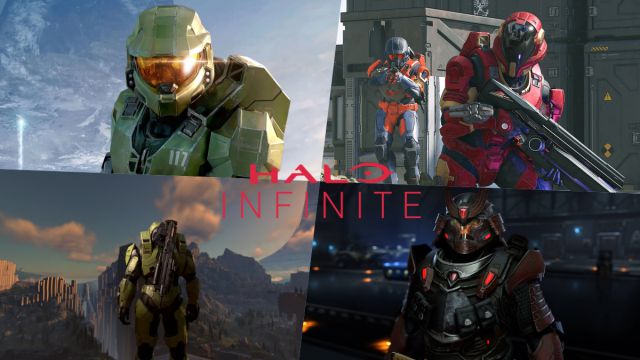 Halo Infinite: The video game page on Steam is updated with new information, awaiting its premiere on December 8.No, in the end Halo Infinite did not miss Gamescom 2021, even if it was not present at the Xbox conference. The North American company had reserved the announcements for the Opening Night Live gala, presented by Geoff Keighley within the framework of the German fair. During that presentation, 343 Industries has finally confirmed the final release date, December 8. In addition, Steam has updated the minimum and recommended requirements for its correct operation on PC.

Halo Infinite is planned for Xbox One, Xbox Series X, Xbox Series S, and PC. The campaign and multiplayer will be made available to players simultaneously, that is, on December 8. Not all features will be in place from day one. The cooperative and the Forge mode will come out later, but there will be no further delays, despite the fact that 343 Industries came to raise it. Xbox Game Pass subscribers will have the opportunity to access all content from its debut. It should be noted that multiplayer e works under the free-to-play model, so everyone can download it for free.

On the other hand, Xbox Spain has revealed that the game will be fully localized in Spanish. That means that the Master Chief will speak our language again, again with the voice of David García. Cortana will be played in the Spanish version by Esther Alborg.

E3 2021 | Everything We Know About Final Fantasy XVI