Home Entertainment Halo Infinite is not Battlefield 2042, and it should Not be compared 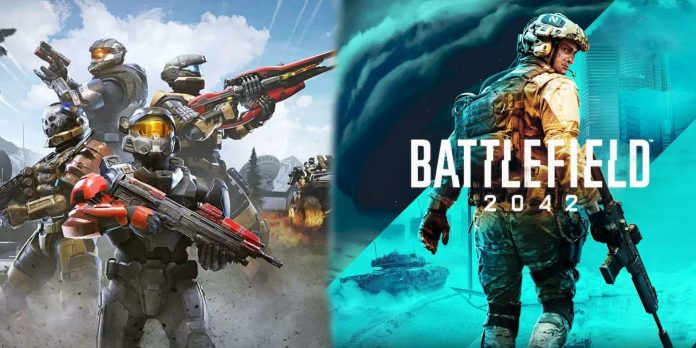 Both the Halo Infinite multiplayer mode and Battlefield 2042 were launched in November 2021, and since they are dynamic futuristic competitive shooters, they are often compared to each other. The comparisons at the beginning were not unreasonable; the two games have a similar sandbox-style multiplayer mode, and both ran into problems at launch.

Unfortunately for Battlefield, the problems remained. Almost a year after the launch, many still consider the game unplayable, and the number of players has sharply decreased. Fortunately for Halo Infinite, he was able to get rid of his hard start and began to thrive, again gaining the trust of fans. However, even after the paths of the two games have diverged, many still make comparisons between them, which does not bode well for any of the titles.

Battlefield 2042 and Halo Infinite have a rich history of popular FPS games. Every franchise has a dedicated fan base that has followed every new game, for better or for worse. And the last two releases aimed to be ambitious, breakthrough games that would have an advantage over other FPS games. Halo Infinite changed its multiplayer game to follow the free-to-play model, and also allowed players to participate in seasonal combat passes. However, problems arose when players had problems with the gameplay, the combat pass and cosmetics turned out to be lackluster, and the setup was minimal compared to other Halo games.

Battlefield 2042 also had problems with the progress system, as players were frustrated with the difficult XP progress, which was only compounded by the numerous bugs present at launch. Players were very open about their disregard for game-breaking bugs, such as accidentally hitting walls or objects and dying, or ineffective weapons and equipment, which were often reset to default values and canceled any player settings. The first version of the Battlefield 2042 multiplayer game didn’t even have a scoreboard. This issue has since been fixed in an update, but the lack of such a basic multiplayer feature shows how flawed the experience was.

Each game had its own problems at launch, but the main problems could be fixed, and many of them were fixed. However, Halo Infinite actively fixes problems with regular updates, and although Battlefield 2042 also receives updates, the consistency of each update and the number of fixes do not meet the requirements of the players, which leads to some abandoning the game. in full and request a full refund from EA.

The world of competitive multiplayer games is merciless even for developers. Each new game in the series not only tries to surpass its predecessors, but also competes with all the other FPS on the market. Sometimes this can lead to hasty development, which was probably the case for both of these games.

Both EA DICE and 343 Industries had to develop games during the COVID-19 pandemic, which definitely created an additional burden on the release of each game. EA also made comments comparing its game to Halo Infinite, but the developer quickly corrected the comments made, stating that they were taken out of context. However, this controversy occurred during the decline of Battlefield 2042, so regardless of whether EA actually made these accusations or not, the timing was detrimental to the developer.

Whether it’s fans or developers negatively comparing similar games, the comments are unfair to both sides. After all, the Battlefield and Halo franchises are fundamentally different, and each has its ups and downs, just like every game. However, it is how the game solves the problem that determines whether it can be successful, and, unfortunately, Battlefield 2042 could not properly eliminate the shortcomings and failures of the gameplay that drove it into such a deep hole.

Without an exponentially large-scale redesign, Battlefield 2042 may never reach its full potential. Many fans have lost hope, and EA should use the problems of its latest game to figure out what not to do in the next version of Battlefield. The franchise as a whole can still be saved, but comparing this game with Halo Infinite only harms the Battlefield name. Halo Infinite is still showing signs of life, and the community seems to be starting to rally around 343 Industries, trying to fix the problems that affected the start of the game, and potentially making Halo Infinite the standout game in the series.

Elden Ring and Hellblade 2 Should Not Be Presented at E3