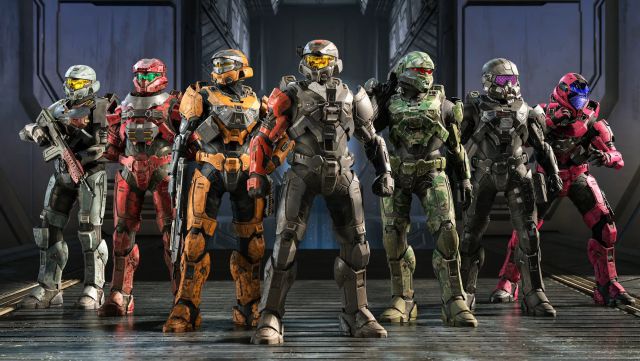 Halo Infinite: The game has successfully completed its development, although one of the most anticipated features will have to wait until the first season is over. Halo Infinite launched its multiplayer mode by surprise recently. As for the campaign, the date set is December 8, launch day on PC, Xbox Series X | S and Xbox One (included in Xbox Game Pass). With just two weeks to go, everything is ready: 343 Industries has confirmed that the game is already Gold. Or what is the same, that development has come to an end. Also, if we already knew that the cooperative mode will not be available from the beginning, now we know that we will have to wait a little longer than expected.

Halo Infinite: when will co-op mode be added?

As Joseph Staten of 343 Industries has commented to the Eurogamer media, it will arrive from May 2022. The objective of the study to add the cooperative mode in Season 2 and Forge in Season 3 still stands, but we did not have the extension of the duration of the first, currently available and until the end of May. This means that Forge mode won’t arrive until at least August.

Staten also wanted to vindicate its commitment to the community in terms of improving the game based on priorities: “If the progression system does not work the way we wanted and we need to work on more important things, we will communicate it clearly to the players,” he says.

Halo Infinite’s newly launched multiplayer mode already has a large number of active users. And beyond the complaints raised based on the slow progression system of the Battle Pass of Season 1, those responsible for the game work to offer content on a constant basis. The next to arrive will be available between November 22 and 23 and will be cosmetic items, a new armor and different elements such as emblems and skins for weapons. You can check all the details in the following link.

Halo Infinite is officially launched on December 8 on PC, Xbox Series X | S and Xbox One. While the time comes, you can now enjoy the multiplayer mode, available separately on the aforementioned platforms and completely free (also on Steam) .