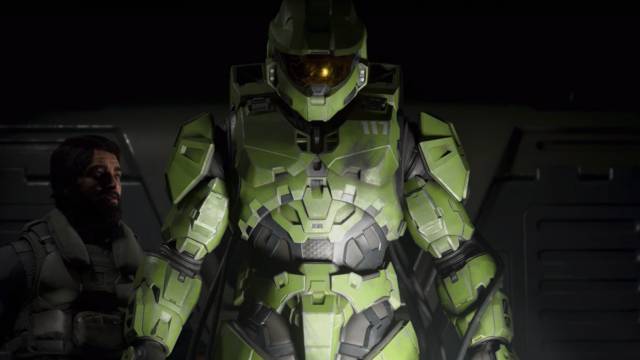 Halo Infinite: His statements were taken out of context and are false. Eric Lin explains what happened and highlights the absence of labor exploitation in the company.A former employee of 343 Industries, in charge of Halo Infinite, has clarified recent statements in which he was accused of pointing out the existence of crunch (labor exploitation) in the company. Eric Lin, once an artist in the North American studio, participated in the Bilibili platform (in Chinese) explaining details of the complex process of development of the video game and described, supposedly, that the ambition was exaggerated and that it would never become “a masterpiece”. Not so, really.

Statements taken out of context and exaggerations; Eric Lin denies it

That “excessive ambition” that he allegedly pronounced, the existence of crunch at 343 Industries added to the possibility that Halo Infinite has less content than initially planned, are some of the statements that are attributed to Eric Lin, as picked up by Bloomberg journalist Jason Schreier. Lin has denied it and ugly the fact that these alleged information have been published without having consulted him before.

The artist has again published a video on the Chinese platform Bilibili where he describes as incorrect to generalize the situation of an entire study based on the experience of an individual worker, since the inaccuracies can be very large; either positive or negative experiences.

While he acknowledges that there have been hard days, he dismisses the existence of crunch. Lin points out to the information portals of having incurred in malpractice due to lack of contrast, since his words cannot be a source of information because, in truth, he is not currently working there.

Ultimately, Eric Lin makes it clear that his opinions are his and do not necessarily represent how progress is being within 343 Industries. Daniel Ahmad, market analyst and speaker of the Chinese language, has also denounced on his personal Twitter account that the news published about alleged crunch in 343 Industries was lacking in contrast. Schreier, for his part, defends himself by assuring that he shared that rumor because he has heard such problems in other ways in other similar AAA video games.

The reality is that Microsoft will attend E3 2021 from June 12 to 15; an event in which Xbox is expected to have a prominent role and will show, this time, new footage from Halo Infinite, whose premiere will take place in the fall for Xbox One consoles, Xbox Series and PC.

NBA 2K21 is Available For Free at The Epic Games Store