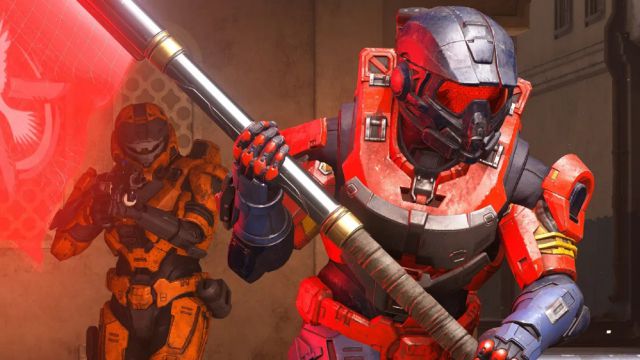 Halo Infinite: The title developed by 343 Industries will be released later this year on Xbox One, Xbox Series X, Xbox Series S and PC. The next intergalactic adventure starring the Master Chief continues to take shape. Halo Infinite, the long-awaited Microsoft title, will be playable very soon. At least that’s what 343 Industries, the studio behind the saga, has stated in a new Halo Waypoint entry. “Hundreds of thousands” of players who have signed up for the Halo Insider program will be invited to try out the game’s first playable test, which will focus on the new multiplayer mode.

This new mode will allow players to fight enemies controlled by the game’s AI. In total, four users against four bots within arena maps. For this preview, three different maps will be available: Bazaar, Recharge and Live Fire. “We have been given the green light to say that our first bot-centric technical preview may happen as early as next week,” 343 writes. “Before the battle begins, we are planning a live stream that we will dive into. in the current build ”, the study continues.

More opportunities in the future

If the test goes according to plan, the study aims to get more members of the Halo Insider program to join the upcoming battles. “We want to start with a reasonable number of participants before potentially expanding the number of players, but our goal is to allow” any member of the program to have the opportunity to test the game, in order to help them polish the experience for the launch. . “Remember, if you don’t make it this time, please don’t despair. There will be more options ”.

Xbox users can now sign up for Halo Insider with their Gamertag and a duly verified email account. It is important to complete all the steps in order to qualify for the technical test. In fact, Brian Jarrard, Community Manager at 343 Industries, recalls that there have been more than 100,000 players who have signed up without completing all the required steps.

Silent Hill Returns ?, Yes, But On A Series Of Skateboards

Hawkeye: Marvel Launches a Countdown To The Premiere of The Series...