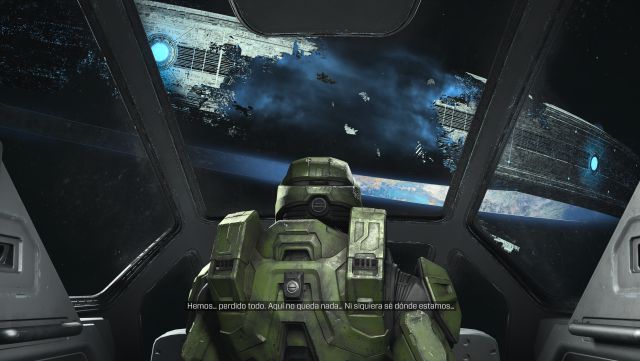 Halo Infinite: We take a look at Halo Infinite, the latest chapter from the Master Chief releasing December 8 on Xbox Series X | S, Xbox One, and PC. The force of the past. The launch of Halo Infinite means more than just the commercialization of yet another Xbox flagship game. For 343 Industries it is a cry of vindication, to let its public know that they are still the ideal team to take the baton from Bungie. It has not been easy during its development. Internal problems led to the well-known presentation in 2020, the turning point of a ‘console vendor’ that lost the launch train of the new generation.

Xbox refers to Halo Infinite as the “most ambitious to date” installment. Having freed the Halo Zeta ring from the influence of the Outcasts, we can say that the focus is closer to returning to the origins, to enjoying the ingredients that led the franchise to transcend. Infinite is 343 Industries’ Halo: Combat Evolved by tone, playability, and form. Mysterious and intimate in the narrative; strong and solid at the controls; organic and full of opportunities on stage. For the good and not so good, combat evolves again a little more than 20 years later.

The memories of yesterday, the strength of today

The company put a pulse on Bungie’s legacy since they published their first video game back in 2012. From the line of sight to the sound, with Halo 4 they turned the saga into a more militarized and realistic shooter compared to the alien fantasy we were used to. . The Covenant kept the visual changes in Halo 5, and lost combat presence in favor of the forerunner troops.

Somehow 343 Industries proved to impose its creative vision above the elements that made Halo what it was. With Halo Infinite they give their arm to twist in every way. We see Grunts, Elites, Brutes and Jackals revert to their original image, but with slight modern changes that accentuate their visual power. We hear the sound of an old assault rifle, far from the bass of the casings being fired.

Gyoubu Oniwa is a brilliant boss Battle that Sekiro Has Been...