Home Tech Halo Infinite already has all the launch content 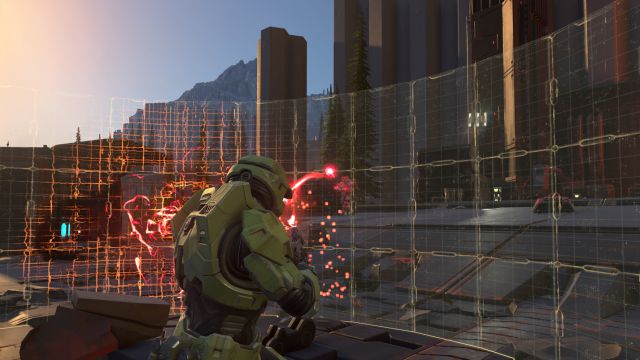 343 Industries confirms that all the content that Halo Infinite will have at launch is already inside. They play it daily and focus on polishing everything.

Halo Infinite, which will arrive at the end of 2021 on Xbox Series X | S, Xbox One and PC, has shared new details on the current development status. It does so as part of its new communication policy, which will now follow a monthly public update rate. Beyond the customization possibilities of the control scheme, 343 Industries confirms that their launch content is now complete – they are currently focused on polishing it as much as possible.

“All of our launch content is in-game and being played daily, but it takes a huge effort to bring something from 90% to full 100% quality,” explains Quinn DelHoyo, lead sandbox designer for Halo Infinite. The designer clarifies that they have “everyone” fixing problems of this initial content, in addition to “striving” in the next updates that will accompany it, such as “new vehicles, equipment, and more.”

“We are working hard to eliminate those bugs and fine-tune our tools to be in good shape as we get closer to launch (and public testing before that),” he says. DelHoyo also warns that they are evaluating changing some visual elements of the free environment, so the scenarios that we saw in their debut gameplay “may change” their appearance in the final game.

Expected at first as part of the Xbox Series X | S launch, we’ll have to hold on a little longer to see the Master Chief debut in the new generation. There is a strong commitment to returning the saga to the classic visual lines seen in the originals, among other playable elements that we highlight in the piece. You can read it in this link. Halo Infinite is part of the excellent year that awaits the genre of first person shooters in 2021.

Apple and TikTok Refuse to Testify at China-Related US Senate