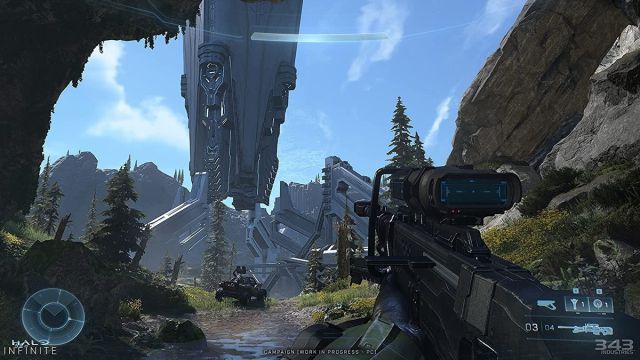 Halo: Infinite: 343 Industries details that, even if a season has ended, we can continue to obtain the rewards of the corresponding Battle Pass. 343 Industries will implement in Halo: Infinite a totally new model in the history of the franchise. On the one hand, it will offer the campaign – which was shown recently – in a traditional way, that is, in physical and digital format at full price, included in Game Pass, and on the other, the multiplayer will be free to play. This online mode will follow the format of seasons that already seems the model to follow in online games, with free content and another “premium” that will be offered through the Battle Pass. On this topic, Jerry Hook, Design Leader, and Chris Blohm, Progress Design Leader, spoke in an interview.

This will be the Battle Pass of Halo: Infinite

According to both, knowing that everyone plays other games – “it would be ridiculous to think otherwise”, they say – they have detected that some battle passes can create unhealthy habits in the players, as far as the game is concerned, and therefore they have decided that the Halo: Infinite Battle Pass will never expire. As Blohm says, they do not want the player to “burn out at the end of the season, and feel healthy to play again and do it because they want to”, rather than do it because they have to, since the current season is about to end and be in a hurry to get the rewards and content you paid for.

Now, how are they going to do it? “We wanted to be able to say ‘when you put 10 bucks in this, you keep 10 bucks'”, and also referring to loot boxes – which Halo: Infinite won’t have – Hook says that when you put money into something, you should know exactly what you are buying. That said, what both have detailed is that, even if a season expires, we can continue working on getting the content of said Battle Pass even when the following season has already started. Of course, we can only have one Pass active, not being able to get rewards from a current season and the previous one at the same time, but we can change between them whenever we want.

They have also detailed that what was seen of the Battle Pass during the last multiplayer tests does not necessarily have to be representative of what we will see in the final game, while the event rewards will go separately from it, that is, we can get them although we have not acquired it.

Halo: Infinite will hit stores on December 8, on Xbox One, Xbox Series and PC.