Home Entertainment Halo, From The Horrible First E3 To An Inhuman Crunch … And... 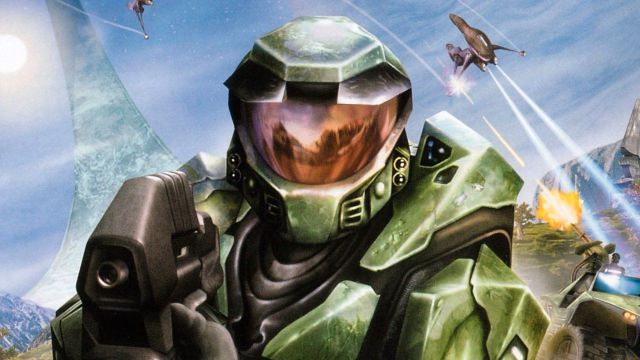 Halo: The Bungie game debuted as a complete disaster at Xbox’s first E3, but it came in time to be one of the brightest launch games ever. Halo is on everyone’s lips once again thanks to the good reception of Halo: Infinite, the latest installment from the hand of 343i for Xbox One, Series and PC. But the saga starring the Master Chief did not have the best of presentations just over 20 years ago, when Microsoft was working against the clock to bring its first console on sale and they had to win the trust of everyone. The documentary Xbox Story recovers different moments of the creation process and the rise of the brand, and one of them recalls, in Chapter 4, how Halo: Combat Evolved was in the spotlight.

The title, snatched from Apple, was a huge sensation in early 2001 when it was made playable at CES. There, people began to see that it was possible to control it well with a remote, something that obsessed Microsoft: they wanted it to be seen that it was being played without a keyboard or mouse. That there was no catch. This and its graphics convinced an audience who doubted the capabilities of the controller, although in the past there have already been well-resolved FPS games on other platforms. But the first E3 in Microsoft’s history, months later, in May, was a failure and pilloried Bungie’s great work.

After a disastrous presentation in which the Xbox on stage did not turn on, the worst was yet to come at the Microsoft booth. There players could enjoy Halo’s split-screen multiplayer. But the sensations were horrible. Robbie Bach, Chief Xbox Officer for the decade 2000-2010 explains in the documentary how they felt: “We had a bad launch event and the key game that will be the big claim looks bad and people think we are crazy.” The framerate was disastrous and bugs and glitches surfaced with every multiplayer game. Halo was in doubt.

SEGA: “the product is bad and expensive”

Bach himself explains in the documentary how Peter Moore, head of SEGA at the time, approached him and gave him his opinion: “The stores will not have it, the developers will not work for you and consumers think that the product is bad and expensive”. Bach wanted to resign but Bill Gates did not let him. There were only a few months left for the console to be released (from May to November) and they got to work. What happened to Bungie?

The press and users were devastating with Halo, explain its protagonists in the documentary, since it was considered that the game was “terrible”, so there was a huge pressure on the title … And that was going to mark the future of the brand Xbox.

Joseph Staten, a key figure in the success of Bungie (1998-2013) and who returned to the Halo saga in 2020 to change the course of Halo Infinite, explains in the documentary how those six months were: “we did something that people thought that it wouldn’t work, an FPS; and the framerate was horrible ”. Six months after the console and Halo, both with a destiny that would go hand in hand, it was decided to confine the team. Halo went into hiding, no one knew what they were doing or how development was going, not even some top Xbox bosses. “We had to build a whole new game for new hardware, with a compelling story and characters as we took shortcuts, skipped steps… In a mad rush of long days, sleeping under desks and a huge crunch to finish the game”, remembered Staten.

Of that inhuman crunch, in the documentary it is pointed out that there was only one good thing, the perfection with which Bungie took the work to make it come out as well as possible. For them it was “a vehement effort to make the best game possible,” says Staten, who knew that the level of criticism would be enormous for the simple fact of being at Microsoft.

Kung Fu: trailer for the series reboot is released by The...