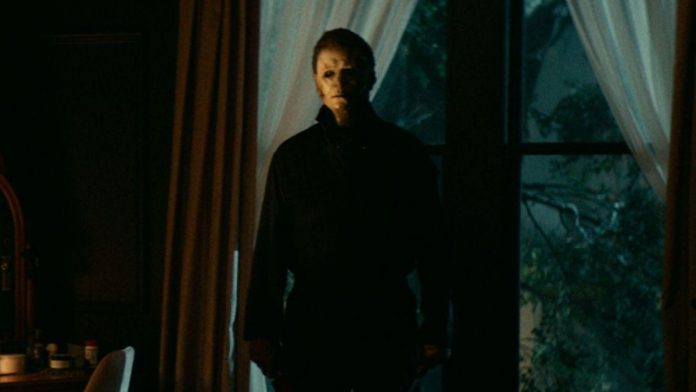 I love horror movies. I grew up with a mother who watched them all the time, and now this love has been passed on to me. One of those horror series that I think everyone should see is the Halloween saga, a horror film franchise that has been going on since 1978, and the original, in my opinion, has become one of the best horror films. And that created one of the most iconic horror villains of all time-Michael Myers.

However, considering how many entries there are in this series — with such creative horror sequels — which ones are really the best, and which ones would we prefer to leave on the editing room floor? There are always sequels in several franchises that shouldn’t have happened, and the Halloween series is no different. Here’s every Halloween movie (so far) with a rating.

In “Halloween: Resurrection,” we follow Michael Myers’ continuous bloody rampage in his hometown as his old, ruined childhood home is used for a live internet horror show.

This movie sucks. I’ll take care of it. The first ten minutes alone are among the worst in the entire franchise. Laurie Strode is stabbed and then thrown off the roof of a psychiatric hospital, which gives her a weak death compared to everything she went through in this series. Don’t even get me started on how Michael somehow survived the damn beheading from the previous movie in the franchise.

The only advantage of this movie is that “Halloween 2” director Rick Rosenthal returned to directing, but the movie fell flatter than Laurie’s body on the ground.

The action takes place after the fifth Halloween movie, “Halloween: The Curse of Michael Myers” follows Myers, who pursues the Strode family, Laurie’s cousins, in an attempt to kill the very last of her relatives.

This Halloween movie from start to finish was just a mess because of what they were trying to do with Michael’s weird supernatural powers. They tried to explain them somehow, but everything fell into one big confusing lump of information. The only thing that really drives this movie for me is that Tommy Doyle (played by Paul Rudd) is a good character to root for, even though he’s not Laurie Strode.

This is Paul Rudd — how can you not enjoy him? He’s amazing. If only he had appeared in Halloween Kills.

In Halloween 5, Michael Myers returns to try to kill his niece Jamie, a year after she was hospitalized for trying to kill her foster mother.

Many films released after the original film kind of remade the whole series, but “Halloween 5” did it the most. They almost completely ignored the finale of the fourth film. Jamie could be mean. She could be the next Michael. Instead, she is a little girl who does not speak, and she is tormented by visions — not very exciting.

While some of the other films here are at least scary, this one is like a weird family reunion between Michael and Jamie—with lots of blood, but nothing to be afraid of.

In Halloween 4: The Return of Michael Myers, we follow Michael back to Haddonfield once he comes out of his coma to kill his niece Jamie, Laurie Strode’s daughter.

After “Halloween 3” failed to win over fans because Michael Myers was nowhere to be seen, this movie was supposed to be his big comeback, but it still didn’t work out in terms of panic and didn’t deliver what was planned. At the same time, it’s still better than some of the previous entries on this list.

Hearing about Michael’s return was definitely worth the wait, and Jamie was at least an interesting character in it, but it’s nothing compared to what happened before or even what happened after.

In this reboot, “Rob Zombie’s Halloween” follows the classic story of how Michael Myers hunts for Laurie Strode and her friends on Halloween night, and also tries to figure out the real reason why he wants to kill.

You know, I don’t care what anyone says – I really liked the Zombie look of the franchise. Was it the best? No, it wasn’t. There are a lot of moments that furrow the eyebrows and confuse what the hell is going on. What I really like about this Halloween version is that it’s not afraid to take risks.

It’s the same basic concept, but it takes a step forward and really explores Michael’s character in depth. It’s refreshing in the never-ending string of bad sequels.

Peaky Blinders: 5 Questions That Needed Explaining After The Heartwarming Finale