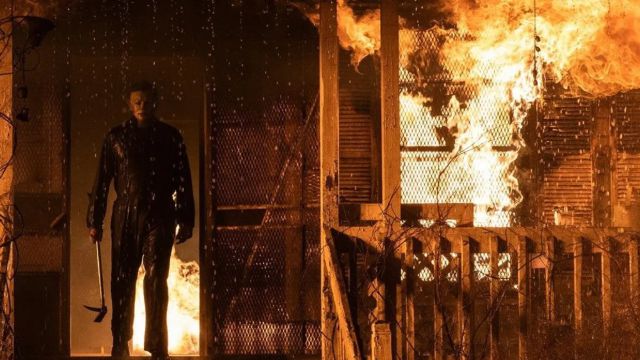 Halloween Kills: The new film in the saga returns to face the serial killer with Laurie Strode, the character played by Jamie Lee Curtis.Since 1978, the serial killer Michael Myers has not stopped killing in the different films of the saga, which are now reaching the present time. After the new 2018 film, the slasher series returns with Halloween Kills, a new film that brings back its most well-known characters. Jamie Lee Curtis reappears as Laurie Strode, one of the few characters to have survived the Myers massacre. Do you want to know more? Universal Pictures has just released a brutal trailer for the film, which you can see on these lines.

Halloween Kills is a direct sequel to the 2018 film. David Gordon Green repeats in the direction, this time with the support of an old collaborator in the series, Danny McBride, who is in charge of the script with Green himself and Scott Teems. Laurie Strode is back as the great survivor of the saga, since she is present from the first film, created by John Carpenter.

This is the official synopsis

Universal Pictures has also shared the official synopsis: Minutes after Laurie Strode, her daughter Karen and their granddaughter Allyson locked up killer Michael Myers, they set the scene on fire in hopes of ending their lives once and for all. Laurie is transported to the hospital to treat her wounds, convinced that her torment has come to an end. However, how could it be otherwise, Myers manages to escape and everything begins again. Laurie, her family, and the other survivors team up to create a vigilante group focused on a single goal: killing Michael Myers.

Halloween Kills will premiere on October 15 in theaters.

How to Use Golden Wire Bugs in Monster Hunter Rise: Sunbreak

Jessica Chastain Is the Latest Celebrity To Defend Florence Pugh Over...