Home Entertainment Half time: 10 Musicians who Should Make Their Own Documentaries 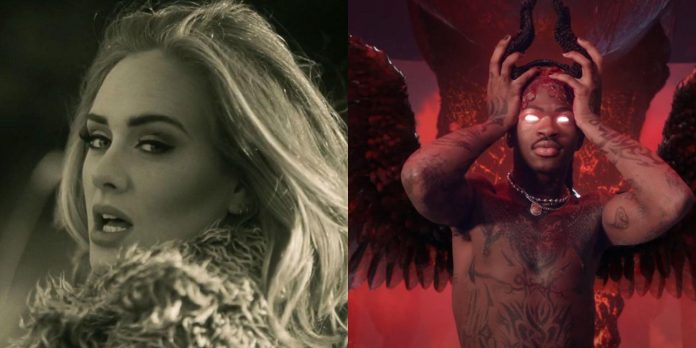 The recent release of Jennifer Lopez’s new Netflix documentary Halftime is the latest example of a recent trend for the pop star: the self-produced music documentary. Halftime chronicles Lopez’s journey towards her 2020 Superbowl halftime performance, which she co-headlined with Shakira.

Self-produced music documentaries provide an inside look into an artist’s creative process, while also allowing said artist to control their own narrative and to share as much or as little private information as they desire. There are plenty more established musicians who have yet to produce their own documentaries but who very much should!

The recent EGOT winner won an Academy Award with her first feature film performance in Dreamgirls and a Grammy Award for her debut studio album. Jennifer Hudson has been a consistent player on film and television and in the music industry. She has released four albums, portrayed Aretha Franklin in the movie Respect, and appeared on Broadway in The Color Purple.

Related: 10 People Who Need An Oscar To EGOT

A documentary about Jennifer Hudson could explore her relationship with Franklin before the Queen of Soul’s death while Hudson was preparing to portray her. The film could also explore her relationship with her family, who have collectively survived unimaginable tragedies. As Hudson is currently the youngest person to win an Emmy, Grammy, Oscar, and Tony, the film could also tackle how Hudson herself approaches different media and projects.

A frequent collaborator of Taylor Swift, Lana Del Rey, Lorde, and many other artists, Jack Antonoff has become one of the most successful producers and songwriters in music. He recently won the Grammy Award for Producer of the Year. Antonoff was a member of the band Fun, has his own musical act (Bleachers), and even produced the soundtrack for the film Love, Simon.

A music documentary about Antonoff could explore his versatility and his uncanny ability to cater his talents to different artists and varied forms of musical expression. Furthermore, it would be enlightening to see how Antonoff is able to balance producing his own work with producing work for other talents. Having an inside look into the one of the producers behind all of these successful contemporary albums could shed a lot of light on what makes a successful pop record in 2022.

Grammy-winning singer/songwriter Sara Bareilles has become quite the multi-hyphenate in recent years, creating a Broadway musical, performing as a musical theatre actress, starring in a television half-hour comedy, and continuing to make her own music.

Bareilles has carved a unique place for herself in the industry and has stretched herself as an artist. A documentary about Bareilles could explore her journey from her breakout hit single “Love Song” to composing the Tony-nominated Broadway musical Waitress to starring in Peacock’s critically acclaimed series Girls5Eva while preparing to perform in this summer’s upcoming Broadway revival of Stephen Sondheim’s Into the Woods.

Bruno Mars is one of the biggest hitmakers of the 21st century. From “Uptown Funk” to “That’s What I Like” to his most recent work as one-half of the nostalgic R&B/funk duo Silk Sonic (with Anderson.Paak), Mars has shown no signs of slowing down in his career. Just last year, he picked up his third Grammy for Record of the Year.

A documentary about Mars could explore his evolution as an artist from his songwriting to his solo career to his collaboration as part of Silk Sonic. Many recent music documentaries have focused on performers as they prepare for events such as the Superbowl halftime show. Mars has performed at the Superbowl twice himself and could have much to add about these kinds of highly stakes performances.

With the recent release of his fifth studio album Mr. Morale & the Big Steppers, hip-hop artist Kendrick Lamar has once again achieved a new level of critical acclaim. All of Lamar’s albums have received universally positive responses, and the rapper himself has been listed as one of the most influential people in the world by Time.

Lamar’s documentary could tackle multiple avenues: performing at the Superbowl alongside the likes of Dr. Dre and Mary J. Blige, becoming the first rapper to win the Pulitzer Prize for Music for his third album Damn, and even composing and producing the soundtrack for the landmark superhero film Black Panther. Lamar’s impact and influence on pop culture leave plenty of room for exploration and analysis.

Though fans are still awaiting the release of her second studio album, Cardi B is already an icon as a result of her music, persona, and outspoken social media presence. From her breakout single “Bodak Yellow” to ubiquitous hits like “I Like It” and “WAP,” Cardi B has become known for her clever verses and magnetic stage presence.

A new documentary could chronicle Cardi B’s rise to success, culminating in her becoming the first woman to win the Grammy Award for Best Rap Album for her debut studio album Invasion of Privacy. She has also become known for collaborating with politicians and dabbling in acting (she had a supporting turn in the Jennifer Lopez-comeback vehicle Hustlers). Ideally, her documentary could also show the creation of her upcoming album.

A Dua Lipa documentary could chronicle what it was like to release a dance-pop record like Future Nostalgia right at the beginning of the Covid-19 pandemic. Furthermore, it could tackle experiences of going back on tour over a year later, along with her advocacy for women and for the LGBTQ+ community. Furthermore, Lipa has begun releasing new music again, so a documentary could naturally explore the creation of the next album.

One of the most fascinating meteoric rises to fame in the 2010s is that of New Zealand-born singer/songwriter Ella Yelich-O’Connor, better known to the world as Lorde. Lorde exploded onto the music scene with her hit single “Royals,” which led to Grammy wins for Song of the Year and Best New Artist. She followed up this first outing with the critically acclaimed 2017 album Melodrama.

Related: 10 Celebrities Who Best Handled The Heat On Hot Ones

Lorde famously took a long hiatus following the success of her second studio album. It would be four years until the release of Solar Power. A documentary could explore her time during that hiatus, the journey to get ready to release another album, and the complex messaging behind her music. Though it’s not likely that an artist like Lorde will invite more cameras to follow her, her fans would love to have an inside look into her artistry.

With the release of her highly anticipated fourth studio album 30, Adele managed to once again create a hit album mostly comprised of power ballads that put greater emphasis on the strength and emotionality of her voice. Adele tends to take breaks between her albums, and these breaks typically work in her favor, with her second and third albums winning the highly coveted Album of the Year prize at the Grammys.

A documentary surrounding Adele could provide footage to accompany the narrative of her most recent album, which centered on her divorce, motherhood, and feelings of depression and inadequacy. Adele is known for displaying her vulnerability in her music, and a documentary allowing her to expand further on her messaging would only enhance the experience of listening to 30. Furthermore, it wouldn’t be the first time that movies or television will have featured Adele’s music.

Lil Nas X has become a pop and hip hop sensation, having dominated the Billboard charts and perfected his own stamp on the album rollout. His breakout country-rap crossover “Old Town Road” was remixed several times, including the most famous remix featuring Billy Rae Cyrus. That song would later break the record for most weeks spent at number 1 on the Billboard Hot 100.

Lil Nas X has opened up about feelings of having to prove himself as a musician and artist with regard to the release of his full-length studio album Montero. A documentary could tackle the stress of putting that album together while tracking the release of his now-famous music videos “Montero (Call Me By Your Name)” and “Industry Baby.” If his social media presence serves as any indication, a Lil Nas X documentary would be wildly popular.