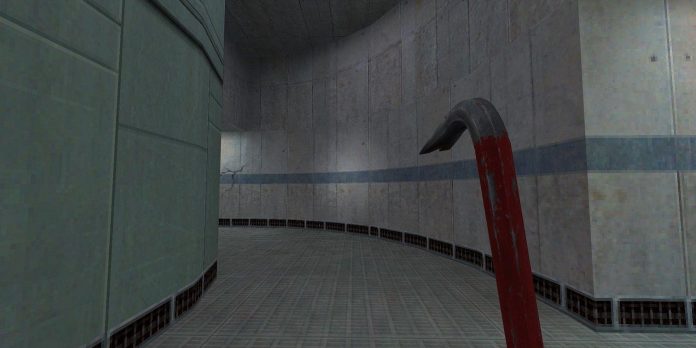 When the first Half-Life game appeared on store shelves in 1998, it was a phenomenal success, received many awards and instantly became a classic. In fact, it has become one of the most innovative FPS games of all time, along with Doom and Quake. To this day, people are still playing and modifying the iconic shooter. In fact, some fans played it so much that they managed to beat the previous record.

Until recently, the record number of people playing Half-Life at the same time was just over 6,000 people. Now, as The Gamer noted, this number has more than doubled, and the new figure has peaked at 12,310, which is quite a significant achievement. Video on demand on the LambdaGeneration YouTube channel recorded the entire live broadcast of the event, which in total lasted just under three hours. During the passage, it can be seen that the maximum number of players in the game has reached 12,280 people. However, the tweet announcing the record contained an update showing that Steam had registered 12,310 users.

This event, which used the Twitter hashtag #RememberFreeman, was discussed last month. Several Half-Life fans wanted to encourage others to play on August 14 in order to break the previous record of simultaneous players of 6022 people, which at that time was in the SteamDB database. The rules of the event state that players must be in the game for at least half an hour for Steam to register it. Players also had to use the original game, so the Source build was banned, as well as the official DLC.

Given the enormous power and ubiquity of Steam, millions of computer gamers around the world log into the system every single day. In January of this year, Steam reached 28.2 million simultaneous players, which is almost three million more than in January last year. Interestingly, both Steam and Half-Life were developed by Valve.

With the loss of the Ravenholm project from Arkane Studios, which was supposed to be a by-product of Half-Life 2, which takes place in the titular abandoned mining town, hopes for a new part of the series are fading fast. The official third entry about the adventures of Gordon Freeman has been in demand for many years, but looks less likely. While the VR game Half-Life: Alyx was well received, many fans would have preferred to see the continuation of the feats of the mute scientist in glasses.

Half-Life was originally released in 1998 for PC, and was later ported to PS2.

Beyond A Steel Sky, Analysis. Back to Union City