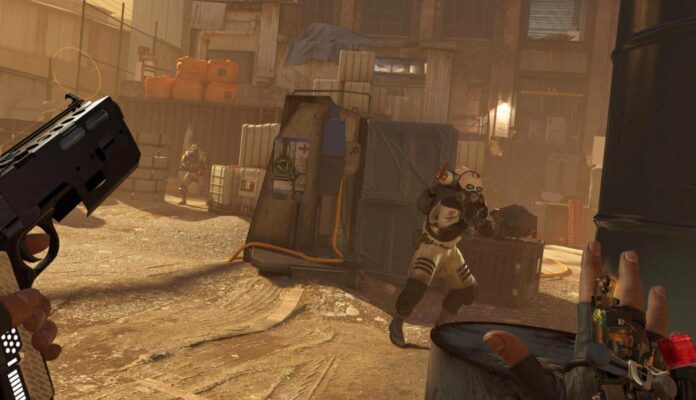 Valve had perhaps taken a big risk by releasing Half-Life: Alyx in the form of a VR game, but the comments from the game paid off for that risk. This risk taken by Valve seems to have improved VR acting as well.

If we say that Half-Life, which is one of the most popular brands in the game world, has a great effect on the game world and the players, it would not be wrong. Moreover, Half-Life seems to have not lost anything from this power.

Half-Life: Alyx, which Valve released as a VR game, has increased the number of VR players by 1 million since its release on March 23, 2020. Alyx was played simultaneously by 43,000 players on the day of its release, which was quite impressive compared to a VR game.

Half-Life: Alyx changes VR acting:
VR (virtual reality) acting has started to rise in the last 4/5 years in its infancy and game world. Of course, the hardware of these games still has an expensive price tag compared to traditional gaming hardware and is still not accessible to many players, but this is about to change thanks to games like Alyx.

According to the Hardware and Software Survey conducted by Steam, people bought and played 3 times more VR games in April 2020 than in January and December. So approximately 1 million people decided to give virtual reality a chance.

In the report, it was stated that the number of virtual reality devices is calculated with VR glasses connected to the Steam account while online. In other words, it is not possible to know exactly whether people spent this time playing Alyx. Of course, it should be reminded that the game came out just before the number of VR players that sprang up in April.

Gabe Newell, founder of Valve, stated that Half-Life games solve interesting problems. Apparently, one of them will be to adopt VR acting to mainstream users.

Windows 11 Still Has Interfaces From The Windows 7 Era

Nvidia RTX 2060 is renewed! Here are the details