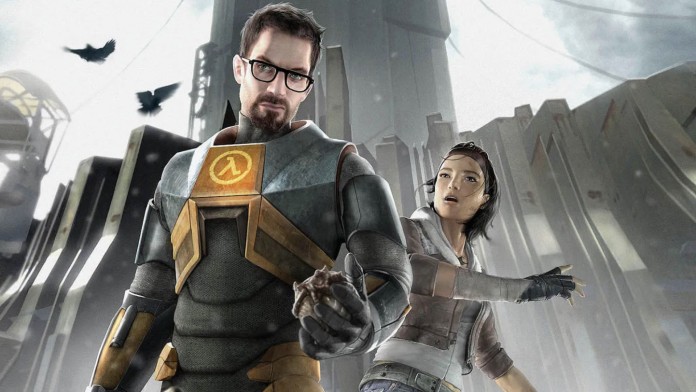 Half-Life: Alyx: One of Valve’s lead designers says they are working on several projects, which he calls “exciting.” The launch of the Steam Deck, Valve’s new handheld device, has grabbed almost all the headlines. The North American company is also known for its video games, with Half-Life: Alyx as its most powerful recent project. In an interview with Axios, designer Greg Coomer has confirmed that the studio is working on new productions.

“There are multiple games in development right now at Valve, and I think they’re pretty exciting,” he explained. Of course, he hasn’t offered any hints as to what they may be up to.

Since March 1, the Americans have made available to players a new video game set in the Portal universe, Aperture Desk Job. This is a short narrative experience designed to accompany the release of the Steam Deck, but is free to download on any device running the platform.

Steam Deck, will there be new models?

Steam Deck owners can use the Aperture Desk Job to learn how the console’s controls work, as well as their specific functionality. Coomer has explained in the interview that Valve wants to develop new versions of the hardware, but at the moment they have not drawn up a solid plan on the cadence with which they will release the next editions.

Steam Deck can only be obtained by pre-order. Simply go to the official website and choose the desired model. The first units have already begun to arrive at customers’ homes, since a staggered launch has been chosen that will continue over the coming months, depending on when the reservation was made.

The voice of alarm has sounded when the first cases of the dreaded drift of the sticks have begun to be heard, as is the case with the Nintendo Switch Joy-Con and the PS5 DualSense. However, Valve was quick to respond and confirmed that it was a software issue, so it was fixed with a simple update.