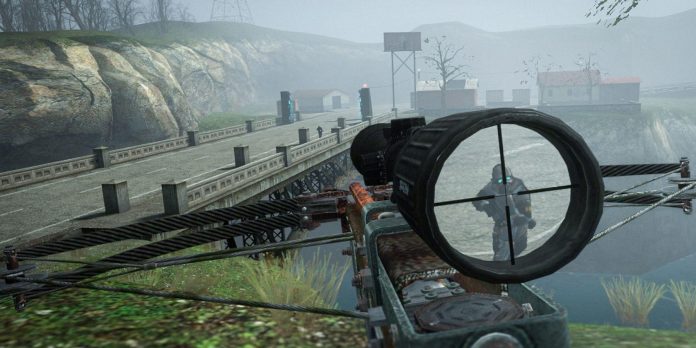 Thanks to the efforts of hardworking Half-Life 2 modders, you can now fully immerse yourself in an exciting virtual reality. Although the free mod for Half-Life 2 has just entered the public beta testing stage, it shows a remarkable amount of detail and includes many features commonly found in full-fledged VR games.

Valve’s Half-Life 2 is nothing short of an iconic game that opened up countless possibilities back in 2004 with gameplay and visuals that are still exceptionally good more than 18 years later. Its revolutionary physics-based gameplay, intelligent level and puzzle design, and immersive storyline have inspired future generations of games and are considered the gold standard for single-player first-person shooters. Thanks to the flexibility of the Source game engine, its innovations will be transferred to more classic games such as Portal and Left 4 Dead, and will allow fans to create their own content in the form of mods and complete changes.

Half-Life 2: VR has been in development for a long time, having received the green light on Steam back in 2017. After several years of work and almost abandonment, a new team took over the project and brought it to a playable state. Players who have Half-Life 2 on Steam can easily access the mod by installing it on Steam and running a separate Half-Life 2: VR game in their libraries. The implementation of virtual reality is very suitable for the physics-based gameplay of Half-Life 2, allowing players to actually “pick up that jar”, swing a crowbar at obstacles and enemies, and even manually reload weapons by removing the magazine and pulling out a new one. from the player’s shoulder inventory. Since the entire original game, including the videos, was presented in the first person, everything very smoothly turned into virtual reality. Of course, there are several limitations, since actions such as switching switches or opening doors are still performed by simply pressing the interaction button.

The mod is loaded with accessibility options and customizable settings to satisfy as many players as possible. The movement can follow either the player’s head or one of his hands, and the turn can be adjusted so that it is smooth or uses sharp turns. The scale of the world can be adjusted up or down so that players of different heights can comfortably move around the world, and there are control options for both left-handed and right-handed. A special sedentary mode, additional motion vignettes to facilitate motion sickness and a “fixed horizon” mode for vehicle segments were thoughtfully implemented. The level of attention to every aspect of virtual reality easily makes this mod one of the best for Half-Life 2.

Although the mod currently only applies to Half-Life 2, support for Half-Life 2 Episodes is planned according to the developers’ roadmap, so fans of the franchise can expect even more Half-Life VR content in the near future.

The MCU Gives You More Daredevil Than You Could Ever Imagine