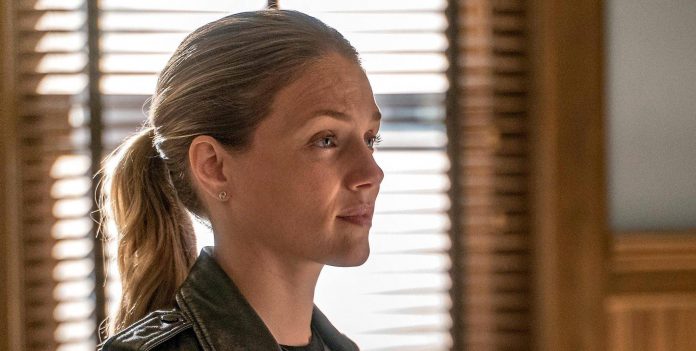 After two months, the police drama Chicago P.D. returned to the screens of eager fans, airing the third episode of season 8 on NBC.

As you all know, loyal viewers of the series witnessed the trailer for Chicago P.D. season 8, where Hailey Upton had received the tempting offer to work for the FBI in New York City.

Although Hailey Upton is not a devotional saint to some of her, many fans adore her and were concerned if the detective would make the decision to leave her, now that she could finalize her relationship with Jay Halstead.

And is that the idea that Upton would leave the police drama was reinforced long before season 8 appeared on screen, due to rumors about the departure of her interpreter Tracy Spiridakos from the Chicago P.D.

Fortunately, Chicago actress P.D. she stated in some interviews that she would be present in season 8 of the series. However, fans did not stop worrying after Hailey Upton received the proposal from the FBI, so she had to move from Chicago.

The biggest surprise for fans was when episode 3 of season 8 of Chicago P.D. confirmed that neither Tracy Spiridakos is leaving the drama, nor Hailey Upton accepted the proposal to work for the FBI. Upton, rejected the offer and made the decision to stay in the intelligence unit.

With the pleasant news, Chicago P.D. They will witness the blossoming of the romance between Hailey Upton and Jay Halstead, who finally gave each other a big kiss that raised everyone’s spirits.

Billie Eilish Says Her Fans Don’t Need To Defend Her And...