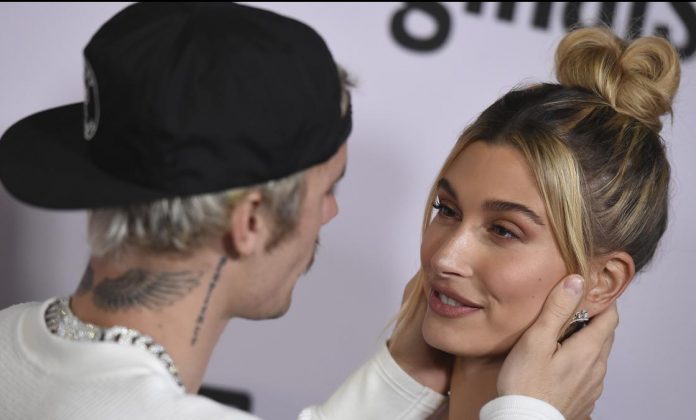 Justin Bieber released the official video for the song “Anyone” in which the singer appears next to his wife, Hailey Bieber.

Justin Bieber only has eyes for his wife Hailey Bieber and he let it be seen in his recent video clip “Anyone” released by the singer this Thursday. The clip is giving something to talk about on social networks.

The video clip called “Anyone (On the Road)” is produced in vintage black and white, and splices images of the Biebers enjoying their party, captured by director Joe Termini.

“You,” Justin Bieber wrote on Twitter by sharing a snippet of the new official video of him.

The pop superstar’s wife did not show her love interest in the original music video, which was directed by Colin Tilley; Actress Zoey Deutch took on the role, and she revealed in the Vevo Footnotes version of the video that she did not meet Bieber until they filmed their first scene dancing on the beach.

Hailey Baldwin and Justin Bieber enjoy their marriage
As we reported in Somagnews, Justin Bieber shared an emotional message on his Instagram account to remember that 7 years ago he was arrested for drunk driving in the city of Miami, an event for which he apologized to all his fans. .

“7 years ago I was arrested, it is not my best moment. I’m not proud of what I was doing with my life. I was hurt, unhappy, confused, angry, cheated, misunderstood and angry with God, ”the singer wrote on Instagram.

The publication of the interpreter of ‘Yummy’ on Instagram has exceeded 7 million likes and has received thousands of messages of support from his friends, celebrities and fans, but who could not fail to give him love through social networks was Hailey Baldwin, his beloved wife, who only reacted with a heart emoji.

The two academies will unite against Reginald