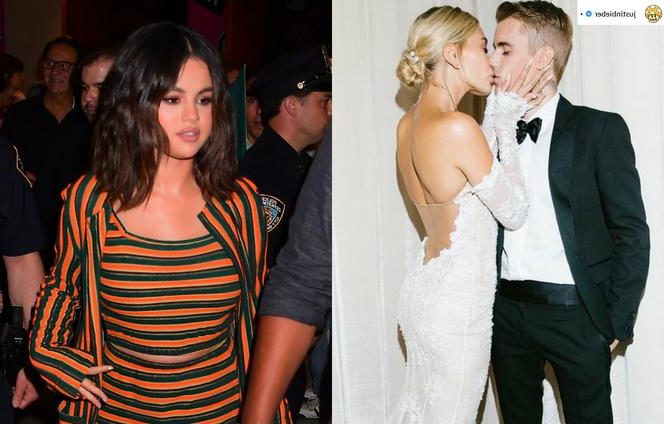 The whole world is again observing the love triangle by Selena Gomez, Justin Bieber and Hailey Bieber after the singer released the new single Lose You To Love Me. In the emotional song Selena sang about how the beloved “replaced her in two months” with new love and no one doubts that we are talking about Justin and Hailey.

Hailey Bieber from the beginning of the relationship with Justin Bieber had to face the reluctance of the fans of Selena Gomez and compare to the great love of Jus. When after a few months of official relationship the model and singer got married in the office, Internet users still attacked her in the comments for taking Selena’s place and heralded the rapid breakup of their marriage with the singer.

After another twelve months, the couple got married in a church. And when we all got used to Justin Bieber’s new relationship, Selena Gomez dropped the real bomb by releasing the song Lose You To Love Me.

As we have already reported, just after the premiere of the single Hailey Bieber added an eloquent screen to her Insta Story, which fans considered a reaction to the song about her husband. There is no doubt that the model has no reason to be happy – the whole world is again talking about Jelena, and Hailey’s place alongside Jus is again not obvious to everyone. Hailey, however, clearly does not lose confidence, as evidenced by her next gesture on Instagram.

Taylor Swift to Be First Woman to Take Billboard ‘Woman of...

Justin Long talks about the “sacred” relationship with his girlfriend Kate...