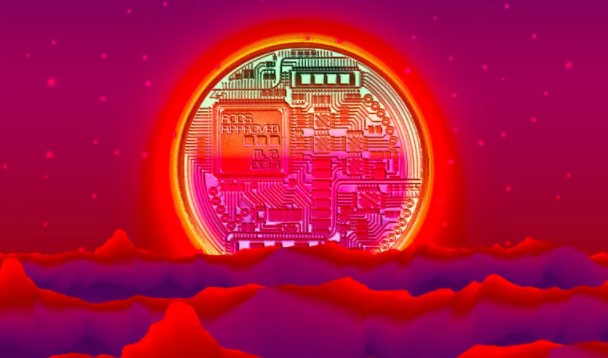 Arbitrum-based NFT market Treasure has been hacked. The developers froze trading after hundreds of NFTs were stolen from the Smol Brains and Legions collections. After the news of the hack was heard, the altcoin used in the market crashed.

Treasure, the largest NFT marketplace on the Ethereum Layer-2 solution Arbitrum, was hacked early Thursday morning, with hundreds of NFTs stolen. Hackers found a way to get NFTs listed on the Treasure market without paying. Altcoin developers quickly reacted and froze trading in the market to prevent further losses.

Treasure is the hub of NFTs in the TreasureDAO NFT ecosystem. Instead of using Ethereum or stablecoins to buy and sell NFTs like in OpenSea, Treasure allows users to transact using only the ecosystem’s native currency, MAGIC tokens. According to blockchain security firm PeckShield, an attacker found a way to manipulate the price of NFTs listed on Treasure, allowing them to purchase NFTs for 0 MAGIC tokens.

PeckShield estimates that more than 100 NFTs were stolen from the market before the developers freeze trading. Looks like an address stole 17 pixel art monkeys from the Smol Brains collection. Had these NFTs been purchased at their original list price, it would have cost a buyer $1.4 million worth of MAGIC tokens. Another popular collection called Smol Brains and Legions seem to have taken the brunt of the attack, as they are currently the most valuable and actively traded NFTs on Treasure. The cheapest Smol Brains are normally trading at around $9,500 today.

As news of the hack circulated online, the price of the MAGIC (MAGIC) token dropped sharply and bottomed out with a 33% loss before posting a slight rebound. MAGIC is currently trading at $3.04, down 15.84% from pre-use levels.

In response to this attack, TreasureDAO’s GoudaGaarp released the following statement on Discord to reassure the Treasure community: “We offer our deepest and most sincere condolences to those affected by the attack today.” Also, GoudaGaarp announced that TreasureDAO has frozen the Treasure market pending a full code review. TreasureDAO will also play an active role in the return of NFTs to their rights holders and plans to propose various remediation options to compensate users.

But as the situation progressed, it turned out that most of the hackers changed their minds. Under the banner of Br0keboy96, a Twitter user pointed out that transaction data from Arbiscan shows that dozens of NFTs stolen from Treasure have been returned to their rightful owners. Presumably, the hackers realized that the stolen NFT could not be refunded in cash, as the TreasureDAO trade was frozen and they were planning to blacklist all stolen NFTs.

As the popularity of NFTs exploded, attacks and hacks targeting NFT markets increased. Last month, a hacker using phishing emails managed to steal nearly millions of dollars worth of NFTs from OpenSea users. While DeFi protocols and bridges between blockchains are often popular targets for hackers, according to experts, more attacks against applications like Treasure are likely as NFTs grow in value and popularity.

Ethereum Inventor Comes With New Sharding Proposal: What Is EIP-4844?

New Development About Satoshi, The Founder Of Bitcoin!