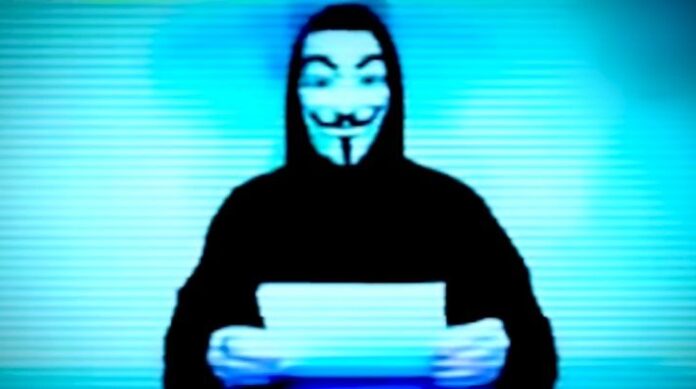 The famous hacker group Anonymous released a threatening video message about the murder of George Floyd in the United States.

The famous hacker group Anonymous released a threatening video message about the murder of George Floyd in the United States. The posted video also targeted the Minneapolis Department and warned them to take the necessary steps. If the warnings were not taken into account and the necessary steps were not taken, they stated that they would have consequences with threatening words.

The Anonymous hacker group is known for cyber attacks on government sites in political events that occur at various times. This time, the famous hacker group came up with the video they shared about the black murder of George Floyd, who was killed by a police in America.

The video was also explicitly targeted through the Minneapolis Department, the cops who committed the George Floyd murder. In the video shared by Anonymous,

“Take the necessary steps regarding the police who killed # GeorgeFloyd, otherwise wait for the steps we will take.”

His words were the most striking sentences. The published video was watched and shared by millions of people in a very short time. Then the video was removed by YouTube. This behavior of YouTube caused a great reaction of the users.

The video shared on social media accounts contains many threats. Facing the video with the mask of the V for Vendetta movie character, the hacker said that they do not trust a corrupt organization for justice. For this reason, he stated that people and units involved in the murder will share all their crimes with the world public opinion. The famous anonymous hacker group included the following sentences in the video they shared;

“Civil servants who kill people and commit crimes must be convicted of crime like us. Otherwise, they believe that they have a document that they can do what they want. You will argue that only a few bad cops have tarnished all the good cops’ names, but what happens if these bad cops commit crimes against people and you who refuse to punish those bad cops while other good cops stop there?

See Also
Anonymous: What is it and what is the mission of this group of hackers

People are tired of this corruption and the violence of this institution, which has promised to protect people. After the events of the past years, many people began to understand that you are not here to protect us, but to suppress us and fulfill the wishes of the criminal ruling class.

The world is now starting to open its eyes, and every blood spilled without a consequence makes people even more angry. These officers should be punished with criminal charges, and especially officer Chauvin should be prosecuted for murder. Unfortunately, we do not trust your corrupt justice system, so we will reveal the crimes you committed. We are a big group. Wait for us. ”

The hacker group anonymous described the George Floyd murder as the “visible face of the iceberg”. They stated that the police officers who committed this murder should receive the heaviest punishment. They said they would do their best to make it happen.

After the threat video, the website of the Minneapolis Department and Chicago police departments were hacked. In addition, it was informed that cyber attacks were carried out on digital radio systems.