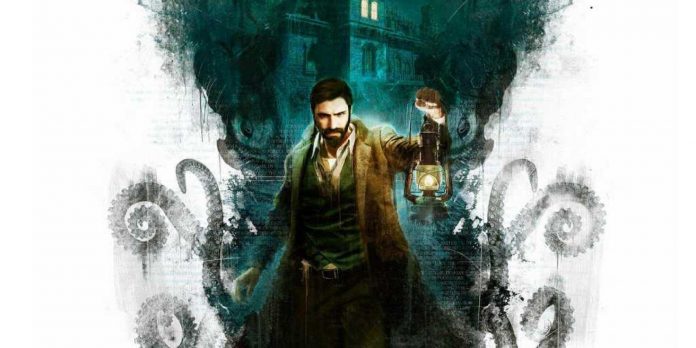 H.P. Lovecraft’s influence in games is enormous, and despite what one might suspect, it is not limited to the horror genre. From Amnesia: The Dark Descent before Bloodborne, many games embraced Lovecraft horror, which led to interesting gameplay mechanics that make players feel that their characters’ sanity is coming to naught. Lovecraft’s cosmic horrors have also inspired terrifying enemies, and developers will likely continue to use his work for years to come. This, of course, is not bad, since Lovecraft’s horror turned out to be a storehouse of dark science fiction for artists.

Long after his death, Lovecraft continues to attract fans, and his horrors still do not cease to inspire artists in all spheres. Lovecraft’s story is interesting, and it may shed light on why themes of insanity are so common in his stories. However, he is also an ambiguous figure because of his racist views, which are sometimes reflected in his works.

Who is H.P. Lovecraft?

Born in 1890 in Rhode Island, H. P. Lovecraft is one of the most recognizable names in the genres of science fiction and horror. His early life was marked by tragedy, and his father, Winfield Lovecraft, was institutionalized in 1893 before eventually dying of syphilis in 1898. His mother, Susan Lovecraft, was institutionalized in 1919 before she died in 1921. at a young age, and some of his earliest works were written when he was seven years old. He was also an avid reader and named Edgar Allan Poe and Lord Dunsany among his most beloved authors. Throughout his life, he drew inspiration from a variety of sources, including Greco-Roman mythology, astrology, science and Gothic literature.

In 1916, he published one of his first stories called “The Alchemist”. His writings were well received, so he continued to write, although it was only in Dagon, published in 1917, that elements common to Lovecraft’s works appeared. There are many mysteries in the story, and the main character encounters an otherworldly creature that confuses his mind. Lovecraft continued to write in the same vein, eventually defining his niche of strange horror, which became known as Lovecraft horror. In 1918, he began his Dream Cycle series, which presents stories about an alternate dimension that can only be accessed through dreams, and in 1920 he began publishing stories about Cthulhu, which became one of the most iconic in his career.

Lovecraft’s horror is characterized by an emphasis on insanity, which is often caused by exposure to cosmic horror. In his works, Lovecraft is very fond of bypassing descriptions altogether, preferring instead to assert that the otherworldly beings encountered are simply inexpressible. When reading Lovecraft’s works, one involuntarily gets the feeling that the secrets of the universe are far beyond the understanding of ordinary people and that, perhaps, even science is a pitiful tool in the face of incomprehensible phenomena inhabiting reality. There is not much blood in Lovecraft’s horror, and the horror comes from how powerless people are in front of unknowable cosmic forces.

Some of Lovecraft’s creations have become firmly embedded in pop culture. Many science fiction fans are familiar with Cthulhu, an evil cosmic being worshipped by cultists. Cthulhu is indescribable, and it is said that it has elements of octopuses, humans and dragons. The Necronomicon, or the Book of the Dead, is also often mentioned in pop culture. Like much else in Lovecraft’s stories, the Necronomicon is shrouded in mystery, and little is known about what the dark text contains.

While Lovecraft’s influence and influence are undeniable, it should be noted that in recent years attention has been drawn to controversial aspects of his legacy. In particular, Lovecraft expressed many racist views, and some argued that the interbreeding between humanity and space monsters that occurs in his stories may hint at his negative attitude towards mixed marriages. These aspects of his legacy are explored in Lovecraft’s Land.

Lovecraft’s influence can be seen in various artistic media, including games. Most often, games use Lovecraft horror’s obsession with madness to create terrifying moments. This can be seen, for example, in Amnesia: The Dark Descent, where players try to navigate the Brennenburg Castle by solving puzzles and running away from monsters that look like they came straight out of Lovecraft’s imagination. Players must keep their sanity by staying away from the darkness, or in classic Lovecraft style, not looking directly at the monsters.

One of the most popular Lovecraft games is Bloodborne by FromSoftware, released in 2015. It has a heavy Gothic aesthetic, and as players explore the streets of Yarnam, they gain an understanding that causes the world around them to change in a strange way. Yarnam has its own cosmic beings, the Great Ones, and they were worshipped by the inhabitants of the city, as they gave powerful healing blood, although they also brought a terrible plague. Not all games try to be subtle with their Lovecraft influences, including Call of Cthulhu Cyanide, which is inspired by Lovecraft’s short story of the same name. It includes many elements that will be familiar to Lovecraft fans, including sanity twists, Necronomicon, and a host of cosmic horrors.

Lovecraft’s horror continues to inspire games like Bloodborne because of how effectively it’s a reminder of how insignificant humans are in the universe. While humanity may rule over a tiny rock called Earth, it is unknown what tyrants may lurk in the dark corners of space, and while humanity may find solace in the ability of science to explain reality, Lovecraft’s stories serve as a reminder that there are still many unfathomable mysteries. In ways Lovecraft could never have imagined, his creations have spawned some of the most iconic games, many of which represent his own cosmic horror in new and shocking forms.