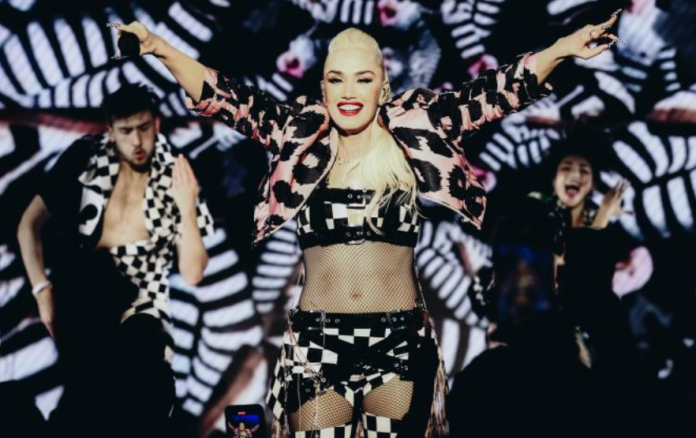 Gwen Stefani discussed the possibility of a No Doubt reunion, stating that at the moment “everyone is doing it.”

In an interview with WSJ magazine, Stefani was asked about the chances of a reunion in the future. “What are the chances of anything?” she answered. “I’ve just been on the Drew Barrymore show. She was one of my favorite celebrities when I was little, and now I was just on the show with her.

“Anything can happen,” she said about the band getting back together. “I have no idea what will happen to No Doubt.

“We haven’t really talked about doing anything, but it seems like everyone is talking, right? All the people of the 90s – Blink—182 played an eight-month tour, tickets for which were sold out in five minutes.”

Elsewhere in the same interview, Stefani revealed that one of the bathrooms in her house is decorated with tabloid newspaper covers.

Last year, the singer built a ranch in Oklahoma with her husband, country singer Blake Shelton, and applied an interesting approach to interior design.

“Do you know what we have? When we were building our house in Oklahoma last year, one of the bathrooms facing the pool is a tabloid newspaper cover turned into wallpaper. You go in there and think, “My God.” It’s pretty funny,” she said.

Next summer, Stefani will play a series of open-air concerts in the UK, including two concerts at the opening of Pink at BST Hyde Park 2023 (June 24 and 25).

She will also take to the stage at Warwick Castle (23 June), Harewood House in Leeds (27), Bolesworth Castle in Chester (28) and Broadlands Estate in Romsey (29). Tickets for the recently confirmed concerts are already available.

IVE Yujin Attracts Attention With Her Innocent Appearance: “She is very...

“Rush Time”, a Survival Program in Which The Candidates Are Groups...