Home Entertainment Guy Lauren returns to the field of the Last Jedi Battle in... 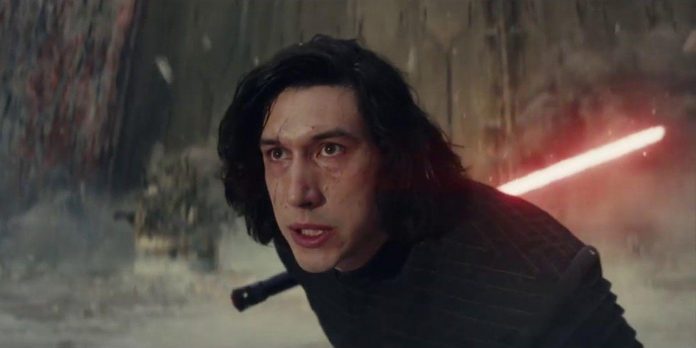 On the preview page of Marvel’s Star Wars #25, Kylo Ren once again stepped onto the recognizable battlefield from Star Wars: The Last Jedi, the eighth installment of the Skywalker saga. On the page in question, Kylo Ren rekindles his iconic cross-protection lightsaber on the planet Crate, the site of his last battle with Luke Skywalker.

In The Last Jedi, Kylo Ren, the newly minted Supreme Leader of the First Order, traps the Resistance at an old rebel outpost on the planet Crate. With the impending threat of a siege cannon made from Death Star technology aimed at the outpost, the Resistance launches an attack on the First Order, which proves unsuccessful. To save the Resistance, Luke Skywalker, who has just arrived on the scene, decides to fight Ren in a one-on-one duel outside the outpost, distracting the First Order for long enough for the Resistance to find a way out. When Kylo finally strikes, Luke turns out to be a simple projection of the Force sent from the planet Ach-To, sending Crate a disembodied image as a distraction rather than physically engaging Ren.

Star Wars #25, written by Charles Soule, marks the author’s hundredth installment in the Star Wars franchise. In the July 20 issue, Soul will write a collection of stories from the prequel and sequel eras of the universe, working with several of his previous collaborators. In an interview with the writer Comicbook.com includes a brief overview of some illustrations for the upcoming anthology issue. The story of Kylo Ren from Star Wars #25 reunites Soul with artist Will Sliney, illustrator of the mini-series “Star Wars: Kylo Ren. Sunrise”. In the interview, Soul doesn’t give much information about Ren’s story, but teases, “Kylo’s story is the bit that I know was supposed to happen.” The collection will also include stories featuring Darth Vader, Poe Dameron and the duo of Obi-Wan Kenobi and Anakin Skywalker.

The preview page appears to take place after Kylo’s duel with Luke from The Last Jedi. Kylo’s lack of a helmet (which was destroyed at the beginning of The Last Jedi and reforged during The Rise of Skywalker) implies that the scene takes place some time after his confrontation with Luke. In addition, the fresh red stripes on the salt-covered ground of Krait resemble the tracks of ski speeders left during the last battle of the Resistance, which takes place right before the duel. The page shows Kylo brandishing his lightsaber in a rage, such an explosion of the villain is known in times of frustration. Seeing how Luke deftly dodges Kylo’s attacks without even swinging his own lightsaber during their battle, the new Supreme Leader probably needs to deal with some embarrassment from the fight.

“Star Wars # 25” by Charles Soule is designed to celebrate the time spent by the author for the franchise, with the help of a collection of characters and stories. To see one of the best and most complex Star Wars characters on the magnificent, conceptually interesting planet Crate is likely to be a wonderful addition to the collection of unique characters. Overcoming setbacks is the dominant theme of The Last Jedi, and Kylo Ren’s return to the scene of his humiliating defeat should provide Soul with an interesting backdrop for a new story in his hundredth issue of Star Wars.