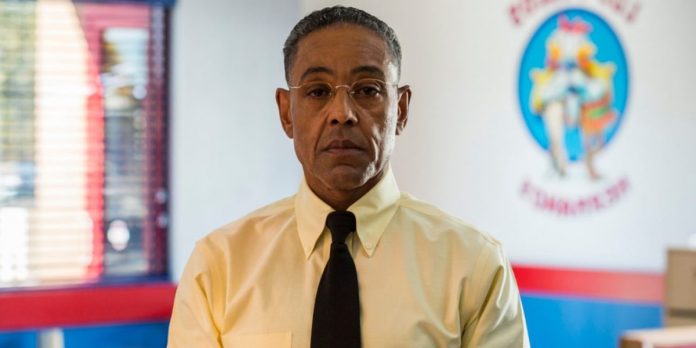 Breaking Bad, the AMC crime drama starring Bryan Cranston as Walter White and Aaron Paul as Jesse Pinkman with a fantastic plot that showed the evolution of a character suffering from a terminal illness.

The AMC series was loaded with details and symbolism; something that characterized Breaking Bad from the beginning. Strong scenes like dissolving a body with acid in a bathtub, was one of the most ghoulish moments of the series.

Breaking Bad earned recognition as the greatest crime drama series of all time on television for its unforgettable content; without a doubt, the consequence of an impeccable script and plot.

However, when it comes to unforgettable Breaking Bad content, nothing beats Gustavo Fring’s explosive death at the end of season 4. After several unsuccessful attempts to kill Fring, Walt finally defeats him by deftly tying a bomb to the chair. Hector Salamanca wheels as if he were a suicide bomber.

As many will recall, the result of that explosion was presented in a very graphic and haunting way to fans of the drama Breaking Bad. After the detonation caused by Walter, Gustavo walked out of the room where he was with Salamanca in the nursing home and adjusted his tie before collapsing.

For a moment, fans of the crime drama wondered if Gus somehow survived the blast. But then the camera scrolls to an alternate angle from Fring’s face, which is almost completely shattered on one side.

And while it seems too strange to be true, it turns out that Fring’s death is based on a real-life event. The creator of Breaking Bad planned the death of Gustavo Fring based on the death of the famous scientist and occultist Jack Parsons died while working with explosives on a film set.

At the time of the explosion, after sustaining serious injuries including a hole in the face as happened with Fring in the drama, Parsons lived 37 minutes and communicated with first responders before dying, according to the Wired site. Vince Gilligan used that as the inspiration for Fring’s death.

But Sanhyun turns into a cold and bitter secret weapon in...