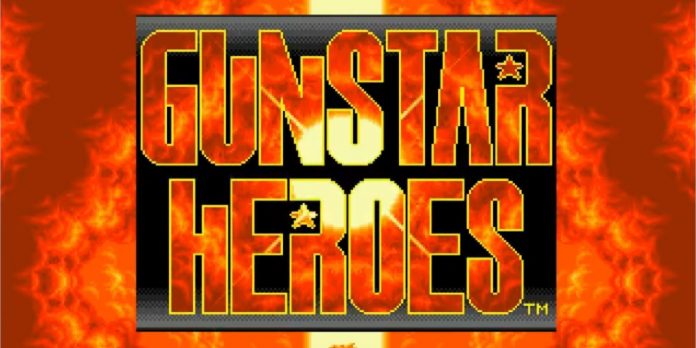 Since its debut in 1993, the Treasure game developer library has expanded and now boasts a large line of classic games. Now, almost eight years after the last release, the team may finally be ready to present their next project, just in time for their 30th anniversary.

The very first game from Treasure, Gunstar Heroes, was greatly underestimated at the time, but gained a second life thanks to reissues. Along with Dynamite Headdy and Alien Soldier, Treasure continued to impress with its Genesis lineup and continued this model into the 32-bit era.

The company’s official social media account was published today to commemorate the company’s 30th anniversary, but it also contained an exciting hint about the future project. The message indicates that the unnamed game may be ready for release at the end of this year, and asks players for further support. Currently, details about this new project are scarce, but considering that the company’s previous release was a 3DS game in 2014, this could be an exciting return to Treasure’s signature game design style.

Never before in Treasure’s history has a game release hiatus lasted this long; from 1993 to 2014, the company released at least one game per year, with the exception of 2010 and 2012, which is an impressive, but certainly burdensome achievement. Then, since 2014, only reissues have been released from Treasure, mainly the classic puzzle shooter Ikaruga. Even re-releases are rare, with the exception of licensed Nintendo games for Nintendo Switch Online, as Treasure has tended to keep modern versions up to modern standards by remaking graphics, as is the case with the Radiant Silvergun and Guardian Heroes ports for Xbox Live Arcade.

Treasure generally stayed away from sequels throughout the 1990s, as the company was founded by former Konami employees out of frustration at the company’s reliance on sequels. However, several sequels to Treasure games were released in the 2000s, including Bangai-O Spirits, Gunstar Super Heroes, and Advance Guardian Heroes. The fact that Treasure is more open to making sequels means that the upcoming project has a chance to continue an older series like the manic shooter Bangai-O, although it may also be a completely new property.

The game landscape has changed a lot compared to previous Treasure releases. The standardization of control schemes on most consoles means that it may be more difficult to make the management of a modern Sin & Punishment-style game as smoothly as Star Successor managed, but it looks like Treasure will take on this task. Despite the fact that little is known about the new project, sequel or not, it will be a big comeback for Treasure if everything is done right.

An unnamed Treasure game is currently in development.