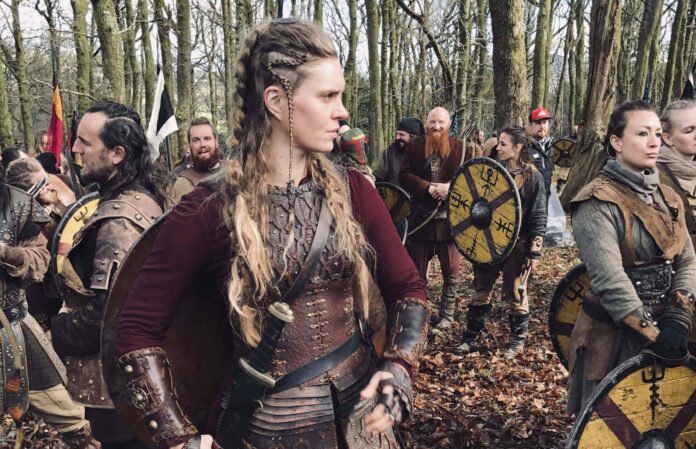 The second part of season 6 of Vikings is about to premiere on the Amazon platform, with it the theories also increase, especially with Gunnhild, since he could meet Bjorn in Valhalla.

Bjorn’s life is currently in danger, so Viking fans fear that his fourth wife, Gunnhild, will die and go to Valhalla with him.

In the trailer that was revealed a few weeks ago, Gunnhild was seen attending a sacrificial ceremony for the Norse gods, but, it seems that this will not be his way to Valhalla.

“The Golden Age of the Vikings is over.”

This has created a large number of theories about it, which speak of the fate that Bjorn will have, who is clinging to life at the moment and Gunnhild who could join him.

“I think Bjorn will die, especially since there is a soundtrack titled Harald marries Ingrid and Gunhild, but there is a BTS of Gunhild standing alone in a boat and other music titled Gunhild nothing to Valhalla, so I think he would take his own life after Harald married. ”

These is one of the many theories that suggest the way in which the fate of these two characters will be, but, that is not the only one, another fan also published his theory.

“If you pause the trailer and look closely at the scene with Gunnhild dressed in white, you can see Harald and Ingrid behind her.”

“I think that’s her wedding, not Bjorn’s funeral. Gunnhild commits suicide at the wedding.”

But, the decision is in the hands of the creator of the series Michael Hirst, since, according to the history books, Gunnhild does not sacrifice and is exiled to Denmark, dying in 977 assassinated by order of King Harald.

JUNGKOOK AND ARIANA GRANDE IN A DOCUMENTARY? THIS IS WHAT WE...

RIHANNA GIVES IT ALL DANCING ‘SOFT’ OF ELVIS CRESPO