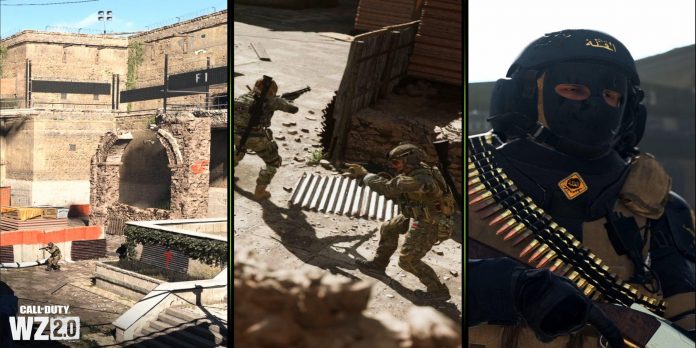 Call of Duty: Warzone 2.0 is released on November 16 with a completely new map, weapons and mechanics for fans of the popular shooter in the genre of royal battle. The map and weapons won’t be the only changes in Warzone 2.0, as the GULAG will be a completely new experience in this iteration, and it may cause some disappointment, especially among the best players in the community.

GULAG 2 on 2 changes the rules of the game in Warzone 2.0

In the current 1-on-1 GULAG system, a player’s ability to return to a match is determined only by his skills, as well as his knowledge of the map and ability to anticipate his opponent’s movements and strategies. Now, in a 2V2 scenario, players will depend to some extent on their randomly chosen partner, who may be someone much less experienced in the game and may cost them the opportunity to return to the match. The result may be a competition that is even less fair than the one-sided Nuketown Gulag map in Warzone 1.0, which each time gave one side a significant advantage.

Perhaps even worse than getting a bad partner is being able to get an AI partner to face the GULAG against a duo of human players who have some skills as well as knowledge of the map and what weapons to use. No matter how good the enemies or partners with artificial intelligence are, they will never have the foresight or strategy of a human player, even if this strategy works in Rambo style to be destroyed as quickly as possible or just hide in the bushes. In the Fortnite style, until the player reaches the two finalists. If AI partners aren’t better than almost any AI video game fighters, it will create an unequal playing field in matches against two human players, but will almost certainly lead to some epic and humorous streams and clips on social media.

The possibility that a 2-on-2 game in the GULAG may be unfair follows from the tradition of Call of Duty: Warzone incidents, when players pointed out that an element of the game gave some players an unfair advantage. In 2020, those who wore the “Taiga” skin for Kruger did not leave traces of red smoke when they parachuted to the ground, which made them unnoticed and gave them a huge advantage in the match. Other players arrived in Verdansk already with three plates of armor and $ 800. Glitches can annoy players, but at least they are random and can be fixed, while possible unfair situations in Call of Duty: Warzone 2.0 are created by the developer intentionally.

The 2v2 GULAG model may sometimes seem unfair to some Call of Duty: Warzone 2.0 players, but at least the players still have the same weapons and capabilities at the beginning of the battle, just maybe with different skills in teams. This may disappoint some, but certainly not as much as some disputes about the payment for victory, both in Warzone and in other games. Time will tell how unbalanced and unfair the GULAG 2 by 2 will be.

The Big Bang Theory: This is why Chuck Lorre thought the...