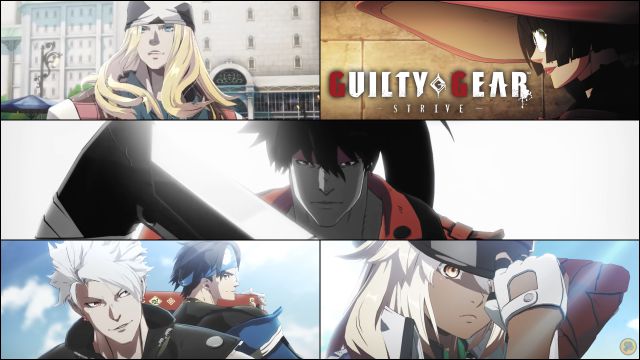 Guilty Gear: Strive, The Arc System Works title is about to hit the console and PC stores. We already have its launch trailer and initial opening scene.Arc System Works has published the launch trailer for Guilty Gear: Strive accompanied by the cinematic opening (opening scene) of the long-awaited video game, on sale this June 11. On the occasion of the announcement and this spectacular scene where all the main characters of the work appear, the director of the title has offered a breakdown of the post-launch content roadmap. You can see the opening at the opening of this news.

What will Guilty Gear: Strive Season Pass 1 include?

During a preview event called the Early Access Showcase, Guilty Gear: Strive Director Daisuke Ishiwatari, along with Development Director Akira Katano, discussed what we can expect from the game once it goes live and we move forward with the schedule. Here’s how it turns out with Season Pass 1, starting with an unannounced additional character for the month of June. In total, five new playable characters, two scenarios, an additional story and the so-called Color Pack with cosmetic content.

Apart from Season Pass 1, Guilty Gear: Strive players can expect free updates with new features such as the so-called Combo Maker, which allows us to share our original combos with other players to learn them and incorporate them into our repertoire. Likewise, an update will also be free to customize the matchmaking room. Finally, a so-called Digital Figure Mode, where it will be possible to create original dioramas using models of the game’s characters.

Guilty Gear: Strive will be released this coming June 11 for PlayStation 5, PS4 —with cross-play — and PC (via Steam) completely localized into Spanish. Users who purchase or have purchased the Deluxe or Ultimate versions, which include three days of early access, will be able to start playing this June 8.

You can read our impressions with the game in this preview, where we draw very positive conclusions for the moment thanks to its rollback netcode system.

Tom Felton Reveals How Harry Potter Was a “Huge Disadvantage” When...

Kirby And The Forgotten Land: Where To Buy The Game, Price...