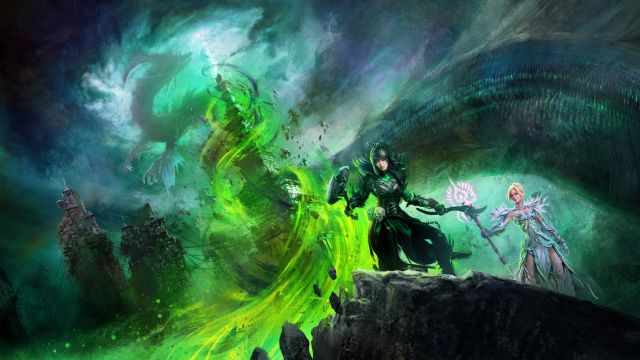 Guild Wars 2: End of Dragons is the new content pack for the celebrated ArenaNet and NCSOFT MMORPG. This has been announced by its creators sharing a first trailer and the first screenshots of what will be the third major expansion of the game, available in February 2022 for Windows PC. Thus, End of Dragons will add new functions and novelties in its gameplay, as well as a good handful of new missions in the mysterious land of Cantha.

Available for PC in February 2022

“End of Dragons will reveal a new story that takes place in the mysterious island kingdom of Cantha, a multi-ethnic land filled with magic that is home to the oldest nation of humans in all of Tyria. This abundant region, first seen in 2006 in Guild Wars Factions, is made up of islands and features exotic architecture, ”say those responsible. And it is that this new land has remained isolated for more than 200 years after the jade wind; up to now.

“We are incredibly excited to bring gamers back to the Cantha kingdom for the first time in 15 years,” said Colin Johansen, studio director at developer ArenaNet. “End of Dragons is the realization of the passion for Guild Wars 2 felt by all members of the development team, and our commitment to create quality content for both old and new players,” concludes the creative.

And it is that End of Dragons will bring great news to Guild Wars 2, such as activities and stories, including the debut of the game’s first multiplayer mount, the Battle Turtle. This walking war machine, capable of carrying two horsemen, will bring the cooperative side to the ArenaNet title. Additionally, new elite specializations are coming for all nine Guild Wars 2 professions, with the ability to participate in beta events for them beginning August 17.

Along with this third expansion, will also arrive the third generation legendary weapons inspired by the ancient dragon Aurene along with new missions for squads of up to 10 players, including challenge modes. Guild Wars 2: End of Dragons will be available for PC in February 2022.