Home News Did you guess? Which of the Friends actors has more money, You... 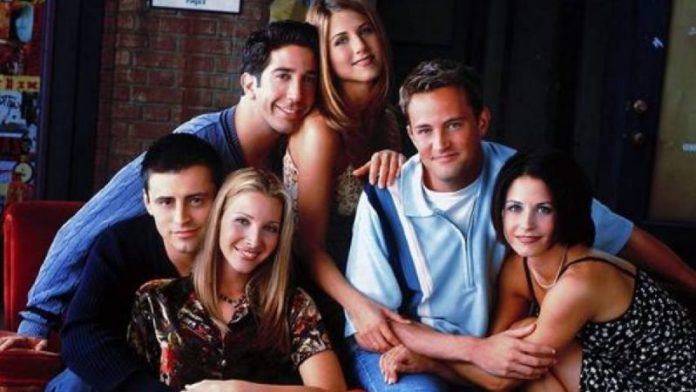 The best kept secret among the actors was unveiled. The Friends series is not only the most popular of the 90s, but one of the most viewed in the history of American sitcoms.

Until today its protagonists are still news and fans of the comedy based on the friendship of six friends in New York , dream of a remake.

This time, they are news because many are wondering which of them has earned more money throughout their career, since beyond Friends some have been able to grow even more and others were tied to their characters.

Matt Leblanc: Most of his fortune comes from the Friends series since he was not part of many other products after the show, although since 2016 he stars in ‘Man With a Plan’, and charges around $ 200,000 per episode, according to data from Cosmopolitan. His fortune is $ 80 million.

If you missed Episodes in the UK last night you can watch it on the iplayer thing. It’s funny.

David Schwimmer: Among his successes beyond Friends , this actor gave the voice to the giraffe in the animated film ‘Madagascar’. He also played Robert Kardashian in the controversial production “American Crime Story.” His fortune is $ 85 million.

Lisa Kudrow: In addition to Friends , her fortune is due to “Web Therapy,” she also worked on “Boss Baby” and “Booksmart.” As if that were not enough, she sold a mansion in Park City, Utah, for more than $ 3 million. Her fortune reaches $ 90 million.

Matthew Perry: His fortune is due to real estate investments which he made after the show. Reason why currently holds a fortune of $ 120 million.

Courteney Cox: After her role as Monica in ‘ Friends ‘, she participated in a comedy ‘Cougar Town’, where she charged $ 275,000 per chapter. It was also the official image of a famous brand. She has a fortune of $ 150 million.

My one. Happy Valentine’s Day ♥️

Jennifer Aniston. Undoubtedly, of all the ” Friends ” actors , she was the one who could exploit her career the most. She starred in an infinity of movies with memorable roles that we all remember. She is the one with the greatest fortune, which amounts to $ 300 million. Did you guess?