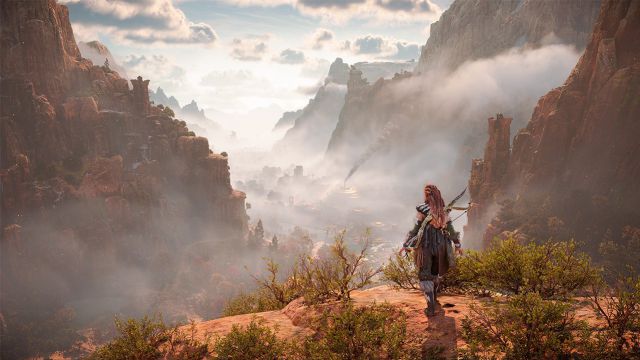 Horizon: Forbidden West: Guerrilla Games ensures that the loading times of Horizon: Forbidden West are so short that there is no time to read the tips. The recent release of Horizon: Forbidden West has brought to light a few details of its development, and if yesterday we saw a nice tribute from Guerrilla, today we will talk about more technical aspects. The Dutch studio has revealed that they artificially lengthened the loading times of the game so that players could read the tips, something that is not the first time that it happens, and that is that Insomniac Games did something similar with Ratchet & Clank: One Dimension Besides.

And it is that, according to Mathijs de Jonge -director- and Michiel van der Leeuw -technical director-, thanks to the PS5 SSD, the loading times of Horizon: Forbidden West are practically instantaneous.

“In Horizon: Zero Dawn we called it fast travel, but it could take you maybe a minute,” de Jonge begins by explaining. “With PS5 this happens to be 4 or 5 seconds, it loads so fast that players can’t even read the hints. We had to add a very simple feature to make them appear long enough for you to read at least one of them.”

This feature that Jonge talks about is simply having to press the X button once the load is complete. However, it can be deactivated so that these waits are even shorter, and in a very simple way: just go to the settings menu, go to “General” -the first section- and in the seventh option we will find “Screen Mode of Charge”, set by default to Informative. We change to Immediate and voila, we will not need to press any button to return to the action.

At another point in the interview, they both talked about the console’s SSD, assuring that it has been a great addition from the developers’ point of view. “You can’t imagine how easily games get bottlenecked, says van der Leeuw. “If you run a PC game on a very fast SSD, it doesn’t load automatically in seven seconds. There is still a lot of work to do.”

Horizon: Forbidden West is out now on PS4 and PS5.

The Strange World of licensed Disney anime and manga