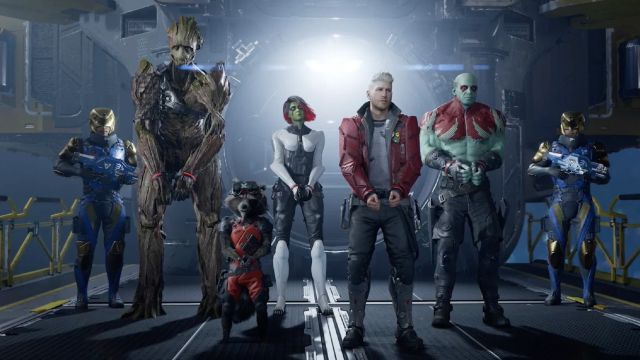 Guardians Of The Galaxy: Unlike Marvel’s Avengers, this video game has been designed as a closed and linear adventure. Another rumor came true at E3 2021 Square Enix Presents: Guardians of the Galaxy is Eidos Montreal’s upcoming video game for PS4, PS5, Xbox One, Xbox Series X, Xbox Series S, PC and PC. The title has been conceived as a single player game, a narrative experience in which we will put ourselves in the shoes of these funny superheroes. Therefore, the studio has conceived it as a game without any type of microtransaction or DLC.

This has been confirmed by the executive producer of the video game, Mary deMarle, in an interview with MeriStation. “On day one you will have the game; there is no DLC, there are no microtransactions, everything is in the game from day one, ”she explained. “This is because it is very important to us that from day 1, when players buy the title, they have access to everything in the game and experience it,” she adds on Stevivor. In this way, it is possible to get all the costumes and other objects, in addition to the progress skills without going through the box.

Guardians of the Galaxy already has a release date. It will be from October 26 when players can purchase the product in any of its versions.

Marvel’s Avengers has not had the last word for him. The Crystal Dynamics title has had a difficult launch, but the studio continues to work on new content for the next few months. As planned, the title was present at the conference, where the Black Panther expansion was shown.

The game based on The Avengers is an ambitious project that introduces a campaign mode, but also other aspects more focused on the game as a service. Crystal Dynamics has encountered problems releasing content that will retain players. In fact, some of the novelties were delayed, including the version optimized for the new generation of consoles, which finally saw the light a few months ago.

Marvel’s Avengers is available on PS4, PS5, Xbox One, Xbox Series X, Xbox Series S, PC, and Google Stadia. As for Crystal Dynamics, the studio recently announced that they have expanded with a new developer in Austin. “We are excited to announce a new development studio in Austin, Texas,” they commented in the official statement. “Crystal Southwest (CSW) will contribute greatly to all current and future Crystal Dynamics titles.”

Behind CSW will be Dallas Dickinson, a developer with more than twenty years of experience developing big-budget titles. He forged his career in studios like BioWare, where he worked on titles like Star Wars: The Old Republic.