Home Entertainment Guardians of the Galaxy is one of the most unique Marvel games... 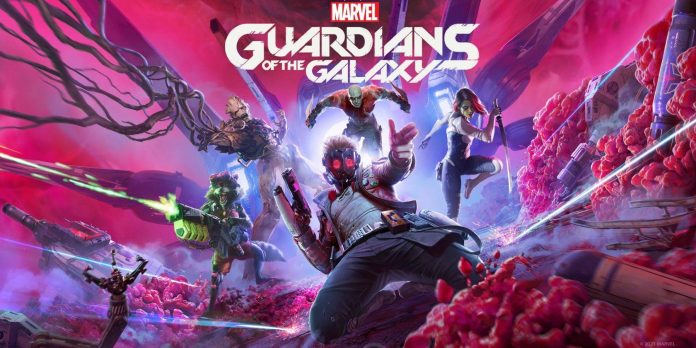 With the first comic dating back to 1939, it’s fair to say that Marvel has been in the game for a long time. Over the past 80 years, Marvel has become one of the most influential companies of all time, and its products cover all areas of pop culture. From movies to comics to TV shows, Marvel has a strong presence in almost every entertainment industry, and the video game market is no different. While Marvel games have been around since the beginning of the industry, one of the company’s latest releases, Marvel’s Guardians of the Galaxy, may be its most unique game to date.

Released last year, Marvel’s Guardians of the Galaxy won the Game Award for Best storytelling and impressed both regular and dedicated Marvel fans with an exciting, surprisingly emotional space adventure. Although there have been countless Marvel games in the past, some of which are still beloved, Guardians of the Galaxy is a special game with several elements that make it undoubtedly unique.

In Guardians of the Galaxy, complex characters are at the heart of

The main element of “Guardians of the Galaxy” from Marvel and the biggest feature that sets it apart from the rest of the Marvel game catalog is a set of complex characters. Until 2014, Guardians of the Galaxy was one of the little-known Marvel teams. While longtime Marvel fans knew the dysfunctional space family, casual fans had probably never heard of the group before, and upon learning that a movie was in development, many were a little skeptical about it, which is pretty easy to understand when the third team consists of a walking tree and a talking raccoon.

Just a few months after the formation of the group, Marvel’s Guardians of the Galaxy gives fans the idea that the group is even more dysfunctional than usual. The game begins with the team constantly quarreling with each other, and Peter Quill is the link that barely keeps everyone together. But as the game progresses, players see the team coming together one by one until, eventually, they become a family, and this journey is one of the most emotional narratives in any Marvel video game.

During the 20-hour passage of Guardians of the Galaxy, players have the opportunity to participate in a variety of conversations with their teammates, each of which adds more depth to the character. By the end of the game, players must have extensive knowledge of the background, motivation and personality of each character, and all this leads to the fact that each participant feels three-dimensional, which, in turn, forms a strong bond between the player and the rest. from the Guards. For some fans, this version of Guardians of the Galaxy is definitive, it’s comically accurate, and it also provides some of the most complex character relationships the Marvel team has ever seen in all forms of media. This emphasis on creating engaging and complex characters is perhaps the most important way to highlight Marvel’s Guardians of the Galaxy.

Guardians of the Galaxy has a unique mix of gameplay

In the past, Marvel games often stuck to just one basic type of gameplay. The vast majority of Marvel’s back catalog of games tend to be predominantly third-person action games, often close to the third-person shooter genre for games like Iron Man, or the beat-em-up genre for games like X2: Revenge of the Wolverine, Fantastic Four and “Captain America: Super Soldier.” While some Marvel games have mini-games or other additional modes that offer a different type of gameplay, in the main part of the game, the player will simply experience one genre of gameplay.

On the other hand, Marvel’s Guardians of the Galaxy combines a number of game genres, which is another important factor that allows it to be classified as one of the most unique Marvel games to date. Although Guardians of the Galaxy remains a third-person action game, the gameplay itself has changed a lot during this time. Combat encounters in Guardians of the Galaxy are segments of third—person shooters in which the player controls a Star Lord by shooting enemies with his elemental pistols.

Kelly Clarkson returns property in Montana after months of falling out...