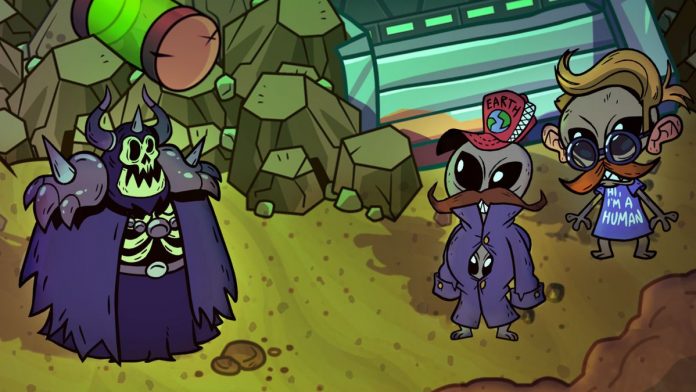 DrinkBox Studios goes from metroidvania to a top-view action RPG without losing the frenzy or dexterity with visual design.

DrinkBox Studios is back with a new project. After rising to fame with the peculiar Guacamele and its excellent sequel (metroidvanias starring a Mexican wrestler), this indie team from Canada returns to the fray with Nobody Saves the World, an action RPG that was announced during the ID @ Xbox event held this Friday. We still do not know its exact date, but we do know that it will be released in 2021, that it will arrive on PC, Xbox One and Xbox Series, and also that it will be available in Game Pass at launch.

“Nobody” saves the world by changing shape

As you may have already imagined, the title is a play on words, since “Nobody” refers to a protagonist without his own identity who, after finding a magic wand, can transform into different characters or creatures to explore and fight. The trailer reveals more traditional classes such as an archer or a magician (yes, those in a top hat), but also animals such as a mouse or a horse. All of them with their own abilities that, in addition, can be combined with each other.

Nobody Saves the World will feature frenzied combat in real time, procedural dungeons and a wide world full of missions that will reward us with new forms. In a press release, DrinkBox Studios emphasizes that the game will avoid grinding (repeating battles over and over again to get improvements) and that progress will be linked exclusively to fulfilling more specific tasks such as reaching the end of the dungeons themselves – that will use their procedural nature to adapt to our abilities—, help other characters or execute certain techniques against enemies.

Seeing both the proposal and the character design and the skills they display, it is clear that a sense of humor will not be lacking either. Lastly, the team has also revealed that Jim Guthrie (composer of Superbrothers: Sword & Sworcery and Below) will be handling the soundtrack.