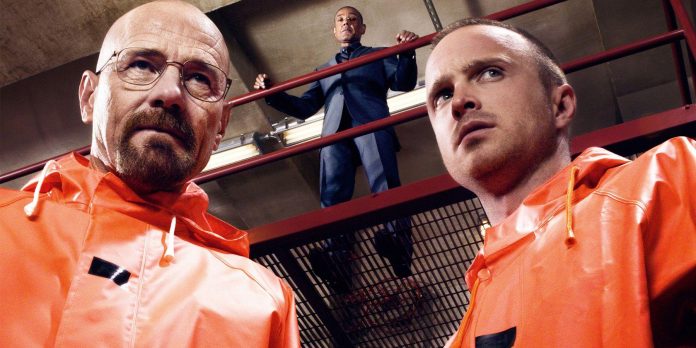 In a recent interview, the creator of Breaking Bad and Better Call Saul said that he wanted to adapt Breaking Bad with a game like Grand Theft Auto. One of the biggest TV companies would team up with one of the biggest game franchises to have a lot of fun. In addition, it wasn’t the only video game that could adapt Breaking Bad and its spin-off, but most titles never got out of the planning stage. It came down to the fact that video games are just very difficult to make, and the products may not have met the high standards set by the TV show.

Video game adaptations are always ambiguous, and the Breaking Bad video game may have followed this trend. However, the strong writing of Breaking Bad could be a fantastic game. The concepts in the game may have combined very well with the Grand Theft Auto formula, and the creators of the show seemed eager to make the video game great. However, it will probably never see the light of day as Vince Gilligan prepares to shut down the Breaking Bad universe when the last episode of Better Call Saul airs. It makes fans think about what could have been, and maybe it would have been great.

The “Breaking Bad” franchise began back in 2008 with “Breaking Bad” and received huge critical acclaim. The story tells about a high school chemistry teacher known as Walter White. He discovers that he has lung cancer and wants to financially support his family. To do this, he teams up with his former student Jesse Pinkman and the two of them begin to cook methamphetamine. This was followed by five seasons, which many consider to be among the best scripts that television can offer. Walter White and Jesse Pinkman are surrounded by many fully realized characters who act as allies or opponents of the duo, such as the terrifying Gustavo Fring, the elusive Mike Ehrmantraut and the cute lawyer Saul Goodman; the plot of the prequel series “Better Call Saul”.

Breaking Bad was just the beginning of a much larger franchise that was able to maintain the same level of quality. Two years after the critical finale of Breaking Bad, Vince Gilligan created an additional series, Better Call Saul. This show followed Saul Goodman and other characters before and after the events of Breaking Bad. In 2019, Gilligan directed the sequel to Breaking Bad, known as El Camino: Breaking Bad. He made all the ends meet left by the award-winning series and was praised by critics.

The story of “Breaking Bad” is extensive and loved by many, and it could be used to make a fun video game in the style of Grand Theft Auto. As in Breaking Bad, Grand Theft Auto follows characters who make questionable decisions and dive deeper into the underworld of the city in which they live. . Mixing the best stories that television has to offer with GTA can be a recipe for success.

It wouldn’t be difficult to combine the Breaking Bad story with a game like Grand Theft Auto, but the developer will have to tread carefully if he wants to match the quality of the show. However, the probability that this will happen is very small, since Vince Gilligan said that he refuses this idea. In another reality, gamers may have had the opportunity to experience the critically acclaimed story of Walter White from his point of view. Instead, viewers will just have to watch award-winning TV shows to get the “Breaking Bad” fix.

90-day groom: the most scandalous Instagram photos of Miona Bell