Home Entertainment GTA vs The Last of Us Trilogy, Part 1: Advantages of the... 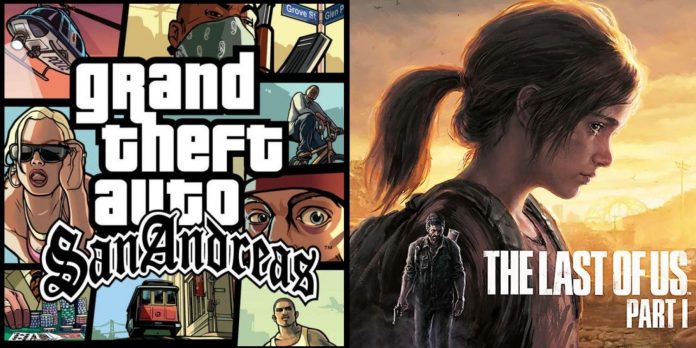 In the current era of games, the industry is flooded with remakes and remasters of different quality. Games like Shadow of the Colossus and Demon’s Souls have demonstrated how past games can be adapted to the modern gaming scene, while games like Life is Strange Remastered Collection have left gamers a little disappointed. Recently, the first part of The Last of Us was released, which retells the epic dystopian story from Naughty Dog, which first captured the gaming world in 2013.

“One of Us, Part 1” is an impressive remake that demonstrates many advantages of self—development of remakes. Naughty Dog, well versed in the game, was able to create a remake that remained faithful to the original, but at the same time added attractive improvements. The game can be compared to the remasters of the Grand Theft Auto trilogy, which Rockstar Games handed over to Grove Street Games, and the result was a collection of remasters that left a sour taste in the mouth of Grand Theft Auto fans.

The devil is in the details

The Last of Us is a dynamic game filled with intense action and breathtaking horror. When infected people roam around, every step forward is a move towards greater danger, and players are constantly ambushed with new threats. Despite the constant adrenaline-inducing moments, the game has captured the hearts of players thanks to the softer and quieter moments scattered throughout the game. During this time, players learn more about Joel and Ellie and understand the subtleties of their personalities and their relationships with each other. The Last of Us Part 1 is excellent in that it does not forget about these minor details and ensures that these points will be improved to take advantage of modern technology.

One of the most memorable quiet moments in the game happens quite late when Joel and Ellie stumble upon a herd of giraffes freely traveling through the ruins of the city. After all the death and bloodshed that Ellie has been subjected to, her heart melts from just looking at the beautiful side of nature. One of the giraffes runs close enough for Joel and Ellie to stroke his neck, and this almost compensates for all the horror they have experienced. Quite impressively, The Last of Us, Part 1 recreates this scene, but manages to improve it by implementing the tactile feedback of the DualSense controller, increasing immersion. Many other small details, including breaking glass and a more destructible environment, significantly improve the quality of the remake.

Grand Theft Auto is a franchise that also includes many small details in its open worlds. Attentive gamers will notice a lot of jokes and references to pop culture, woven into the environment and dialogues, which gives the game humor a multi-layer. In the remake of the GTA trilogy, the visual effects and gameplay have improved, but there is a noticeable lack of attention to minor details, resulting in small errors. GTA: Vice City has a lot of annoying spelling mistakes, including the shop window. it should read like “Hot dogs on the shaft – the taste of real male meat,” and suddenly read like “the taste of real male warmth.” Although some bugs have since been fixed, they have made a bad impression on fans.

Remakes and remasters should not be considered as side projects

Before the launch of The Last of Us Part 1, some gamers accused Naughty Dog of attempted robbery. The complaint is understandable, since this is a full-fledged game, which is a remake of a game that is less than ten years old and has already been updated. Now that gamers have had the opportunity to see reviews and play the game, it becomes obvious that they have put a lot of effort. Many features were taken from The Last of Us Part 2, including a workbench and many innovative accessibility features.

The developers have also included new features, such as an improved artificial intelligence system for the enemies and companions of The Last of Us. DualSense has also been integrated, allowing different weapons to feel different thanks to adaptive triggers. Most notably, the entire environment has been redesigned, making the characters of dystopian destruction seem much more realistic. As a result, although the original story of The Last of Us remains intact, gamers can experience it at its best.

The GTA trilogy was not developed by the main Rockstar studios, but instead was developed by Grove Street Games, a studio known for porting mobile games. The studio is responsible for the mobile ports of GTA, which have not received a very warm welcome. It is possible that the GTA trilogy would have been better received if it had been developed by Rockstar Games, as it has shown that it is capable of producing remakes and remasters that meet the requirements.

This was noticed in the remake of GTA 5 of the current generation, in which there are no crashes, text errors and unsightly character models that are reflected in the GTA trilogy. As you can see, considering remakes or remasters as side projects is not a good idea, since this will most likely lead to the fact that the game will not be appreciated.

Perhaps the main advantage of keeping the development of remakes and remasters on your own is that this is likely to be a passionate project, rather than a simple task that needs to be completed. Of course, there are several studios that have proven themselves very talented, using the IP addresses of different studios and developing outstanding games. This includes Bluepoint Games, which has since become Sony’s own studio. After the not so triumphant launch of the GTA trilogy, many steps were taken to improve the game and please the fans. However, this remains an example of how something can go wrong when studios decide to delegate remakes and remasters to an external team.

The Last of Us Part 1 is already available on PS5, a PC port is in development.