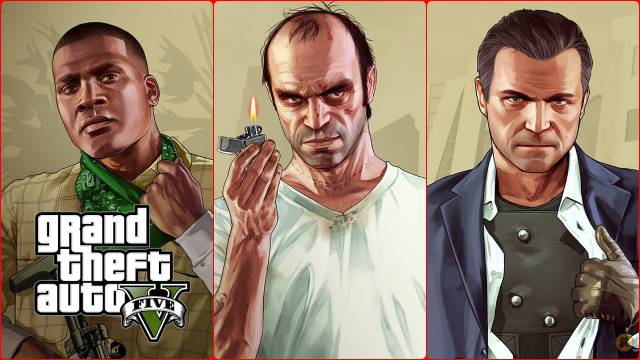 Take-Two Interactive reports new records for its video game, originally released in 2013 and with a PS5 and Xbox Series remastering in the offing.

Grand Theft Auto V has reached the figure of 140 million units sold worldwide. Take-Two Interactive has presented this Monday the financial results corresponding to the third quarter of the current fiscal year, the one ended on December 31, with results within its financial forecasts. It stands out, above all, that GTA V has managed to ship 5 million more copies since the last report, which dated until last September 30.

The publisher reports that 2020 has been the best year in the history of Grand Theft Auto V with the exception of 2013, when more units were shipped in major markets on the occasion of the original launch of the title on PS3 and Xbox 360 (September 2013). GTA Online, the multiplayer mode included in GTA 5 that operates independently, has had more players in each month of 2020 than in any month of 2019, has indicated Strauss Zelnick, CEO of Take-Two, on the occasion of the presentation of these results.

All this has contributed to Take-Two closing 2020 with $ 860.9 million in revenue during the last quarter; a 7.5% drop compared to the same period of the previous fiscal year, but within the objectives set.

The Rockstar Games title is also the fourth most watched game of 2020 on YouTube; the second best-selling title on Steam of 2020; one of the ten best-selling games in Spain each month and the most played video game in Spain of 2020, according to a classified ads website.

Looking ahead, Rockstar has patented a new artificial intelligence technology for non-player controlled characters (NPCs), including vehicles and other elements of the environment. The goal is none other than to find “a more realistic experience” in future productions; without specifying if this patent will have any practical use in the following iterations of licenses such as Red Dead Redemption or Grand Theft Auto.

With GTA 5 confirmed for PS5 and Xbox Series X | S in 2021 in the form of a remaster and the impressive sales of this fifth numbered episode of the series, the question of when the desired Grand Theft Auto VI will be announced is completely unpredictable. There’s a certainty: Rockstar will continue to bet on single-player games.