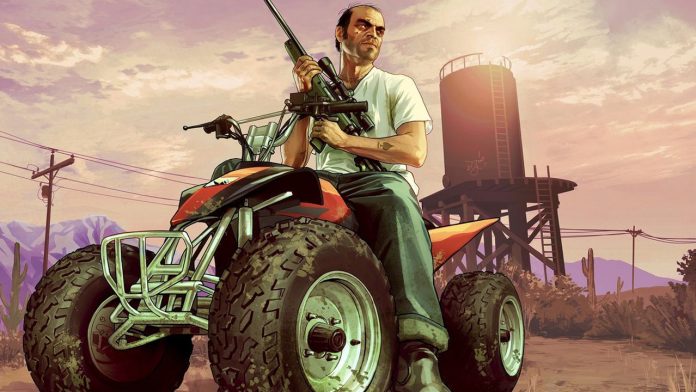 It’s been seven years since GTA 5 was released since its first release. The game, which has sold more than 130 million copies worldwide, is still being improved by Rockstar Games. The team that brought innovations for GTA Online, which mostly works as an online part of the production, has now rolled up their sleeves to adapt the production to the next generation consoles.

Although this was first announced in June last year, PS5 and Xbox Series X | S devices do not have GTA 5. However, this will change with an upcoming release. GTA V Enhanced Edition will be officially released for next generation consoles in the coming months. With the refreshed graphics and a number of improvements… We received an exciting e-mail from Rockstar this morning, confirming this.

The email message sent by Rockstar was not actually directly related to GTA V Enhanced Edition. The developers shared an announcement to their users who play the game online. In the statement, it was mentioned how PlayStation Plus will change the GTA campaigns starting from April 1, 2021.

In the announcement, it was mentioned that players who want to receive a gift of $ 1,000,000 in-game money from next month are obliged to become a PlayStation Plus subscriber. It was underlined that this money will no longer be automatically reflected in the game, users must manually enter the PS Plus and receive their gift. But at the end of the announcement, that expected surprise release date was revealed!

“There is no change in prices in GTA’s in-game currency gift. The offer is limited to 1,000,000 GTA money per person per month. However, this campaign will end with the release of Grand Theft Auto V on PlayStation 5 in the second half of 2021. ”

This statement is in the last lines of the letter sent by Rockstar. Making an announcement about when the in-game opportunities will end, the team revealed the release date of the GTA V game for PS5. Although there is no concrete date available for now, it seems clear that we will finally be able to play the game from new generation devices in the coming months.

Konami plans to announce a new game from the “Beloved” series...