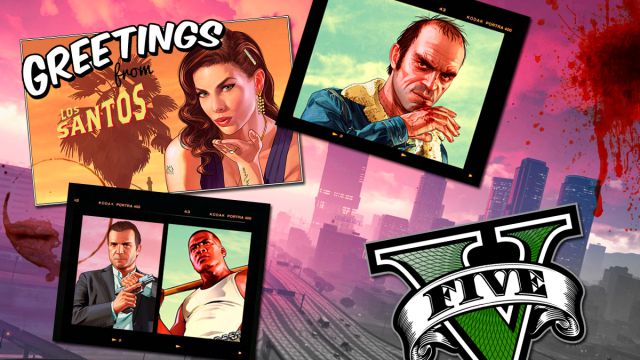 We look back at the path of Grand Theft Auto V from its premiere in 2013 until now; a title capable of selling 140 million copies.

Grand Theft Auto V has gotten a taste for breaking records; but not now, but since its debut back in September 2013. The premiere of the fifth episode of the Rockstar Games numbered series was an event for the industry, a key moment for the company so much that it focused all its resources on this production with more than a thousand workers, as for the open worlds.

GTA 5 came to the end of the era of PS3 and Xbox 360 to remind us that something new was about to begin, that it was released in the already veteran first generation HD, only with an eye to the cycle that was going to begin only a couple of months later. Time has proved the team led by Dan Houser and Steve Martin right, because more than seven years later and with 140 million units sold, it is hard to deny that this video game is one of the most influential of the last decades so much for what it is as a work and for its ability to adapt to all kinds of trends.

We are not going to recall things that we already know, such as the audacity to bet on three perfectly differentiated protagonists, but what entails a true entertainment phenomenon, a leisure product whose 265 million dollars of production seem few for the lucrative and beneficial which has been (is) for Rockstar, for Take-Two and for both Sony and Microsoft. Because Grand Theft Auto V has also sold consoles.

That we were going to happen something big had been warning since 2011. At that time, a decade ago, Twitter is not a bit of what it would become; Back then the forums chewed up the conversation, generated the debate and led it to the next. Since its difficult to forget first trailer in November of that year, Los Santos became at that very moment the destination of desire for millions of players who, throughout the previous five years, had inhabited the streets of Liberty City in the particular Grand Theft Auto IV. This was completely different. This trailer was analyzed frame by frame; countdowns were made in the main specialized media. It was speculated, imagined and desired. Rockstar had on itself the responsibility not to disappoint, to belittle GTA III, San Andreas and Vice City. It was time to take a real poker out of those cards and go down in video game history.