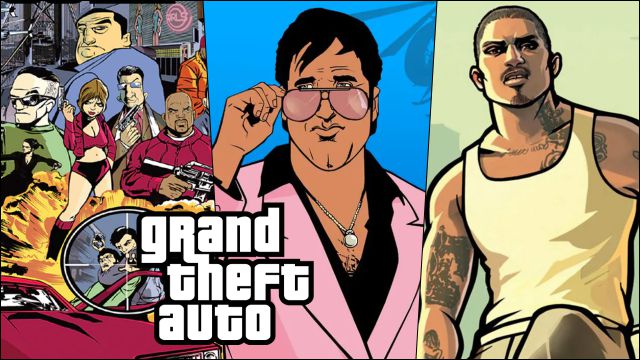 GTA Trilogy: Rockstar Games’ PC game launcher includes citations to the Unreal Engine versions of GTA 3, Vice City, and San Andreas. Advance of your ad? The announcement of the Grand Theft Auto trilogy with remastered editions of Grand Theft Auto III, Grand Theft Auto: Vice City and Grand Theft Auto San Andreas seems a matter of time. After being registered in South Korea and Take-Two’s request to withdraw fan projects from these GTA installments in recent dates, it is now Rockstar Launcher itself, Rockstar’s game launcher for PC, which has included very mentions. specific to these video games after an update.

Specifically, as identified by GTA Net (via Twitter), the Rockstar Launcher has updated its internal code with elements and indications that point to the incorporation of Grand Theft Auto: Trilogy in the near future. Specifically, each of the games appears with the logo code (images also filtered) accompanied by the name Unreal, something that did not happen before. It seems clear that they are being remastered with a version of Unreal Engine (Epic Games) to be determined.

This information points, however, to a more than likely announcement of the video game with the three deliveries compiled in a single pack in a matter of days or weeks. It should be remembered that Rockstar Games anticipated months ago that it was preparing “fun surprises” for the twentieth anniversary of Grand Theft Auto III in 2021. Another indication.

Most of us are lucky to get one bouquet of flowers...

YouTube to cut taxes on creators for the US