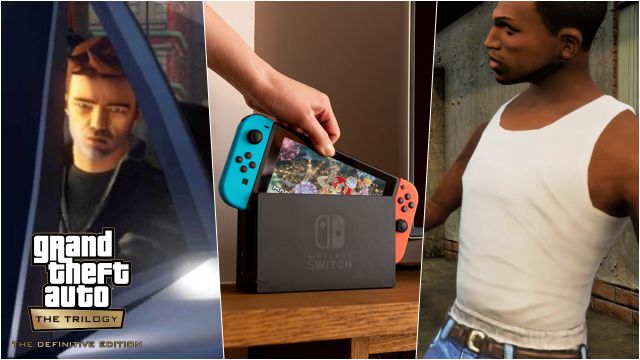 GTA Trilogy: First glimpses of Grand Theft Auto: The Trilogy – The Definitive Edition for Nintendo Switch. All three titles can be enjoyed on a laptop. Grand Theft Auto: The Trilogy – The Definitive Edition went on sale this Thursday in digital format for PlayStation, Xbox, Nintendo Switch and PC consoles. Thus, the mythical GTA III, Vice City and San Andreas return for the current generation with a facelift that is not limited to the graphic plane, but also to the mechanical one (control, menus, textures, lighting …).

One of the peculiarities of the Nintendo Switch version – apart from this being the first time that we can play these installments on a Nintendo platform – is that they can be enjoyed in portable mode. Below you can see several gameplay videos.

This is what GTA Trilogy looks like for Nintendo Switch: first gameplays

Grand Theft Auto: The Trilogy – The Definitive Edition for Nintendo Switch offers specific improvements, starting with its hybrid format (both in TV and portable mode). Game buyers on the Joy-Con machine will be able to play GTA III, San Andreas and Vice City with gyroscope aiming and the option to zoom in with the touch screen on Nintendo Switch. In addition, as in the rest of the platforms, a menu in the form of dials for weapon selection is included, in addition to the improvement in the driving mode, in the San Andreas style.

At the moment, Grand Theft Auto: The Trilogy – The Definitive Edition can be purchased digitally for 59.99 euros for PS4, Xbox One, Xbox Series, PC, PS5 and Nintendo Switch. We will have to wait until next December 7 to see the compilation in physical format for Xbox, Nintendo Switch and PlayStation consoles. Xbox Game Pass Players Can Now Play San Andreas; on December 3, GTA III will debut on Sony’s PS Now service.

Stranger Things Season 4 Warms Up With Its Latest Posters