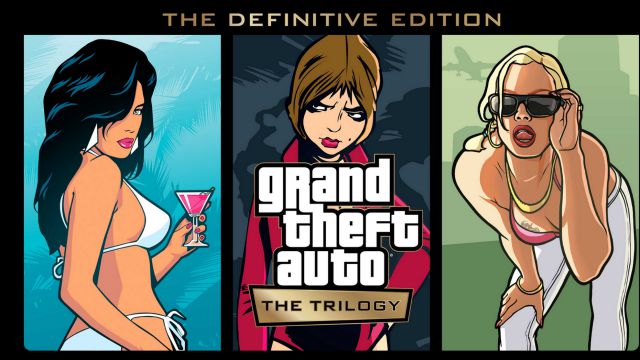 Grand Theft Auto: The Trilogy – The Definitive Edition confirms its release date and details. It will arrive November 11 to PS5, PS4, Xbox, PC and Switch. Grand Theft Auto Trilogy: The Definitive Edition already has a release date and its first details. The Official Rockstar Store has shared specific information about the compilation. It will arrive in digital format on November 11 to PS5, PS4, Xbox Series X | S, Xbox One, PC and Nintendo Switch; physical copies will be marketed from December 6. Its recommended retail price is 59.99 euros.

In the official description the company alludes that GTA 3, San Andreas and Vice City have been “updated for a new generation”. Among the visual novelties they point to a renewed lighting and scenery, high resolution textures and increased rendering distance, among “many other things”.

But it also highlights the impulse that the company will make in the playable plane. We can expect a renewed “Grand Theft Auto V” style of control, which will also impact firearms targeting. Grove Street Games has been in charge of adapting the three popular ones in this The Definitive Edition. Remember that on iOS and Android it will arrive in 2022.

These details coincide with what was published by the study on October 8, the day on which it confirmed the existence of the collection. In the message they assured that they would add “modern gameplay improvements” while maintaining “the sensations of the originals.”

If your chosen version is on a computer, below you can find out the minimum and recommended system requirements. Prepare 45GB if you want to play GTA Trilogy.

IVE Jang Wonyoung Criticized For Eating Pizza THIS Way — Why...