Home Entertainment GTA: The Trilogy is disappointing fans with its problems 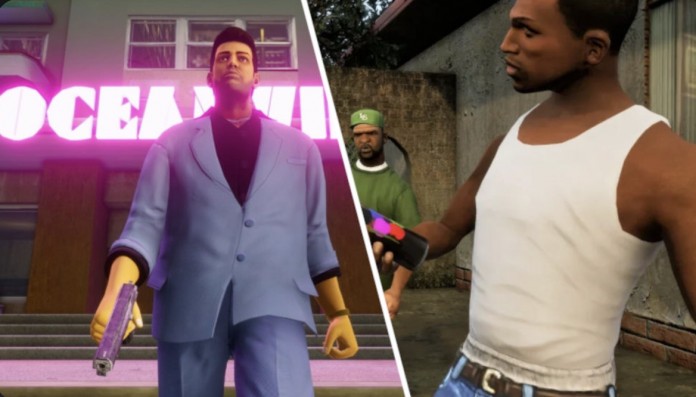 The company promoted this build a lot, highlighting that the included installments would have improvements. Among them higher resolution textures and renewed lighting effects. But it seems that not everything went well.

GTA: The Trilogy left it to the players

That is something that the account El Analista de Bits (@analistadebits) points out through Twitter. In this social network he shared a video where GTA: San Andreas appears running on the PS5.

Anyone might think that this next-generation console would look better, but it doesn’t. He stressed “not only does it have the same animations, physics and AI as the original, but on top of that they have not bothered to adapt the drawing distance even a minimum.”

The example shown is a video with a fighter plane doing an absurd maneuver, which may have been valid in this game many years ago, but which currently does not make sense. But in doing so it allows us to appreciate the flaws of this collection.

To the above, he added, “the funny thing is that it still has quite a few framerate problems and never reaches 4K.” The latter is a problem, which should be remedied very quickly.

Rockstar Games has to act as soon as possible

It is after these comments that he highlights “now I fully understand that Rockstar was dedicated to taking down absolutely any fanmade mod of this trilogy, because they knew that what they were doing was an inferior product.”

The above is true: the company has embarked on a true ‘crusade’ to remove any modifications made by third parties. Some of them better worked than this collection of GTA.

The Bit Analyst highlighted “it hurts to see these three games treated with such little care.” He later commented that he only advises against buying a game when he considers it to be ‘broken’, as was the case with Cyberpunk 2077.

He let see that “GTA Trilogy is not broken, but its performance and quality do not seem to me in line with its price or, even less, with the value of this saga.” He considered that “he deserved much more.” Hopefully Rockstar Games will act soon.

Surprise the supermodels! Kim Kardashian and Nicole Kidman at the Balenciaga...